“Bitcoin Not for me,” says Bill Gates, and four weeks later, Microsoft releases ION running on Bitcoin. This step is going to speed up the adoption of Bitcoin even further. As Michale Saylor, CEO of Microstrategy, says, “it is going to accelerate, providing us with a set of open, decentralized services for identity, trust, security, license, commerce, et al.” This new network released by Microsoft aims at preserving identity using a decentralized network. It will be easy to integrate and help companies make use of Blockchain tech even more. The main reason why Microsoft chose to go forward with this was that it was necessary for the apps and services they wanted to offer.

Microsoft says it took them 4 years to complete their decentralized form of identity tech. Individuals and businesses can use this to empower themselves with new technology. This could be a game-changing development of the company and could even boost the use of Bitcoin even further. Microsoft says its goal is to ease the use of apps and other services. And all this will be done by using DIDs or decentralized identifiers. 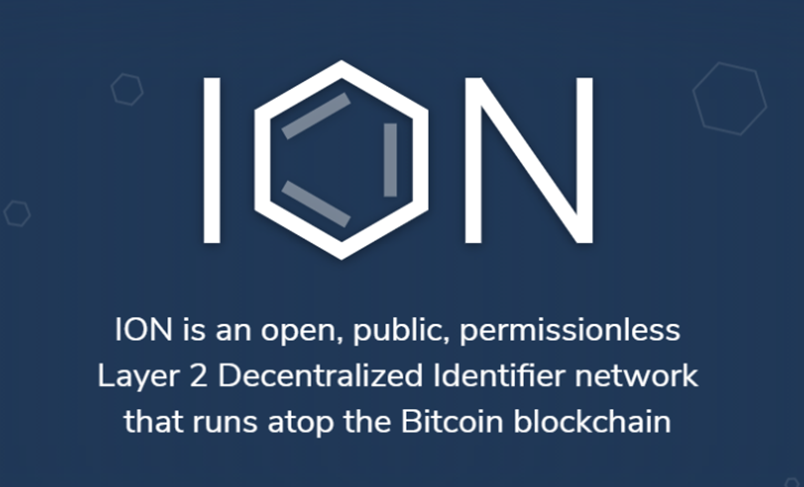 Preserving identity is really important, and DIDs will help do that. They secure access to anything and can be used to verify users. They are basically the ID and password of the user. Unlike the Gmail credentials that are used to verify your identity and are stored by Google, DIDs will be the property of the user itself. Now, this user can be an individual, a big firm, or even a device. Since these DIDs are decentralized, they can exist independently. When you make a DID, a key is generated that is locally stored on your PC, and whatever operations you perform are signed with these keys. It also opens up Blockchain and every cryptocurreny to a world of applications and creates the possibility of an entire ecosystem.

ION is a completely independent system, and it “answers to no one but you.” It has been build atop Bitcoin and doesn’t depend on any validators, tokens. Microsoft says that they have deployed an ION node and are working with companies and organizations to embrace the technology as well. The best part about the ION node is that it is open and can be used by anyone. It doesn’t require any permission and already seems to have companies on board to use it.

Layer 2 innovation atop #Bitcoin is going to accelerate, providing us with a set of open, decentralized services for identity, trust, security, license, commerce, et al. that we can build into our devices, integrate with our software, & deliver at the speed of light. https://t.co/M4nYwVKB49

ION DIDs are the future

It was obviously not an easy path for the implementation of DIDs and is decentralized and cater to such a huge user base. So, in order to speed up the process of adoption, Microsoft has made it very easy to generate these DIDs and use them. They have set up an open-source library for generating these DIDs, which can be integrated into wallets, apps, and any service that has credentials and requires validation. Microsoft says that by using the ION.js library, one can easily start generating ION DIDs. And to have even better control, one can also use lower-level SDK to have more controlled functionality.

You can either connect to an existing Bitcoin node using a dock version of ION to run a node. Or you can also install a new native node on your system. And since it is completely done without any intermediary so it will enable easy lookup and really efficient for widescale use. To view the key of your ION DIDs, you can use their explorer interface that makes it really easy. This is something Microsoft is actively working on and adding more features to better monitor local ION nodes.

How can you use DIDs?

Since it is a new tool, Microsoft has also told us in their article some of the ways how it can be used. One of the best among them is the use of DIDs to verify the credentials of a person and can also be used to verify assets like diplomas, membership cards, and even tickets of an event. It can also be linked to websites under your control after you make a DID for your company and yourself. Any business or individual can make full use of the new network for identification purposes.

ION could be the future of blockchain and crypto

The adoption rate is really outstanding. Even one of the world’s largest companies is now embracing the new revolution of the blockchain world. ION solves one of the major problems in blockchain and crypto that is used. Solving an identification problem with much ease will unlock loads of applications to their full potential. This will also make sure that we slowly move towards a world where everything is decentralized. It’s like no one verifies you based on their credentials, but you do based on your data or key.

It can also shape the future of cryptocurreny, and since it is built on Bitcoin, the coin could see a significant appreciation in price. Michael Saylor, who appreciated the new network identification protocol by Microsoft, also said that Bitcoin is screaming for a buy signal. He believes that it could touch $1 million or even $5 million. Only if Bitcoin just replaces all monetary indexes then it is easily possible.

What are your thoughts on the new verification tool that Microsoft has launched? Let us know in the comments below. Also, if you found our content informative, do like it and share it with your friends.