Swift will lead Xbox innovation in cloud gaming development, which will be a new push in the cloud computing market for Microsoft. In the video, Kim Swift explained that the goal is to partner with development studios to develop cloud games for the Xbox ecosystem; games that can bring experiences that were previously not possible without the use of the cloud. Kim Swift noted that the benefits of building cloud games are the ability to create a game once and not create multiple versions for different platforms, reduce the need for downloads, implement cloud AI (something similar to what Xbox is actively experimenting with in the field of quality control, toxicity filters, procedural gameplay, and more) and much more.

In an introductory video aimed at Microsoft game developers and posted on YouTube, Swift explained that the division’s mandate is to provide gamers with an unparalleled experience only available through the cloud. In the video presentation, Kim Swift noted that the goal of the cloud publishing division of Xbox Game Studios Publishing is to find and help develop games with high engagement, broad appeal and impact, and the potential for community building and support.

Microsoft’s cloud gaming division will be managed by Kim Swift, who previously worked as a designer and artist at Valve and was director of game design at Stadia before Google stopped developing proprietary games. Last week, Microsoft launched two new initiatives aimed at giving more developers access to cloud-based features when creating games. In addition to the launch of Asobo Studios Microsoft Flight Simulator on Xbox Game Pass, Microsoft is rolling out a number of new APIs for game developers working on games that use cloud computing to offload storage and processing to external servers. Microsoft has said that Microsoft will also allow original Xbox One consoles to be used, allowing them to play games like Flight Simulator that would have previously been unavailable were it not for cloud streaming. 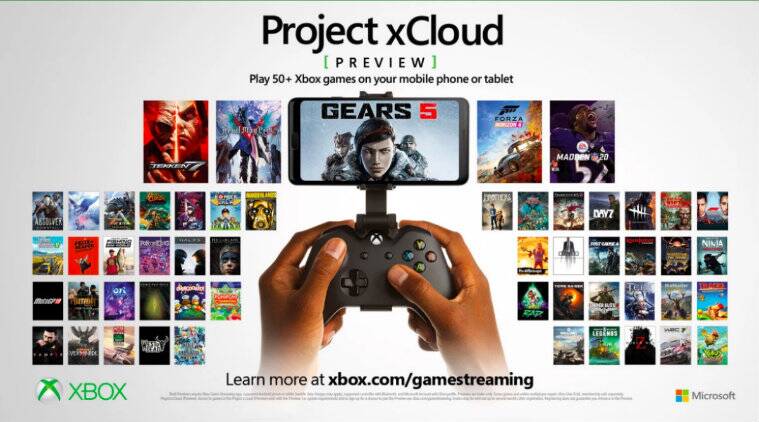 Microsoft has now found a way to make Xbox cloud gaming available to iPhone and iPad users via a web browser, and it says it remains committed to bringing select games like Minecraft to iOS. Its Xbox cloud gaming service allows gamers to stream Xbox games directly to their smartphones, although there are currently no games designed specifically for cloud gaming. Games on Xbox Cloud Gaming are typically implemented through a process called “boost and transfer,” in which cloud gaming teams launch developer games on a network of Microsoft Azure servers and verify their compatibility with cloud gaming application games.

As for what cloud actually means, reports say players will be able to access the unannounced title through any device – let’s assume that means xCloud-enabled devices (mobile phones, PCs, Xbox consoles, and TVs). So the “new cloud experiences” that Swift has been tasked with building for Microsoft could refer to games that take advantage of the platforms’ multi-server capabilities, potentially meaning faster load times and better graphics performance. As IGN points out, this description definitely sounds like a new initiative aimed at developing games that can only be run using the cloud, rather than improving games that run on the cloud system and on other platforms. In early 2021, Video Games Chronicle reported that Xbox was partnering with Sony on a joint cloud initiative, possibly using its Azure platform. The cloud has long been the backbone of Xbox’s business thanks to its Azure platform, and an early 2021, Xbox transitioned its xCloud gaming project from technical beta to public use for Game Pass subscribers.