People often talk about the negative environmental impact that Bitcoin mining has. And you might think, in that case, that even Gold must take up a lot of resources for mining, right? Yes, it does. But apparently, reports suggest that the mining of gold is cheaper than mining Bitcoins. But by how much? Let’s take a deep look at the costs of mining of both the assets and how they compare against each other.

How is mining gold cheaper than mining Bitcoins? 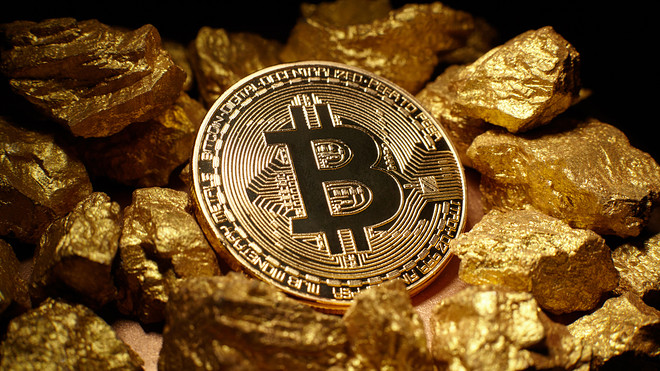 It is no doubt that the environmental impact of BTC is huge. Don’t take it negatively because it will also be the driving force for us to move to renewable energy resources. Mining companies can’t profit if their electricity bills are more than what they are mining, right! Coming back to the main point, mining of BTC takes up a lot of electricity. A report suggests that about $4,000 is spent on mining a Bitcoin while even less than 1/4th ($973) is spent on mining one ounce of gold. The report doesn’t take whether gold mining takes to account every process from mining to transportation to extraction. But safely assuming even if it doesn’t, the cost will still be less than Bitcoins.

The environmental impact of Bitcoin!

Even though I believe in Bitcoin and its future, there is no doubt that it does have a huge impact on nature. It is estimated that the energy consumed by Bitcoin mining is more than in Iceland and Argentina. It even leaves a carbon footprint of a city as big as Las Vegas. And there are still 2 million of them left to be mined. This means that it will have an even greater impact on the environment if not dealt with accordingly in the long run. Another report suggests that every $1 billion investment in Bitcoins produces the same emissions as 1.2 million cars in a year. It even has the fifth largest carbon footprint globally. If you also are also willing to invest in bitcoins then you should check these Cryptocurrency trading tips you are probably unaware of. An easy thing to take care of this is to make it compulsory to use renewable energy for BTC mining or increase tax for electricity used for Bitcoin mining. On the other hand, there are companies that are planning to use the heat generated for Bitcoin mining for more useful purposes. This makes the impact of BTC much lesser. But all this doesn’t mean that fiat doesn’t have any environmental impact. In fact, its impact is still at a similar scale as Bitcoin, if not more.

Does this mean Bitcoin is not going anywhere?

Well, to replace Gold as the world’s most valuable asset by market cap, BTC needs to cross the $500k mark. This also means that its carbon footprint will be a lot higher then. And since at that price, it could be much closer to replacing fiat as a curreny, a crackdown from the government could be expected. So, yeah, it is difficult to say what is the future of Bitcoin. But I do think it is here to stay and could be the future of the financial world.

What is your thought on the fact that mining gold is cheaper than mining Bitcoins? Let us know in the comments below. Also, if you found our content informative, do like it and share it with your friends.

Also Read: “The government is the threat,” says Ron Paul on Bitcoin.