Monster Harvest Is Coming On August 19 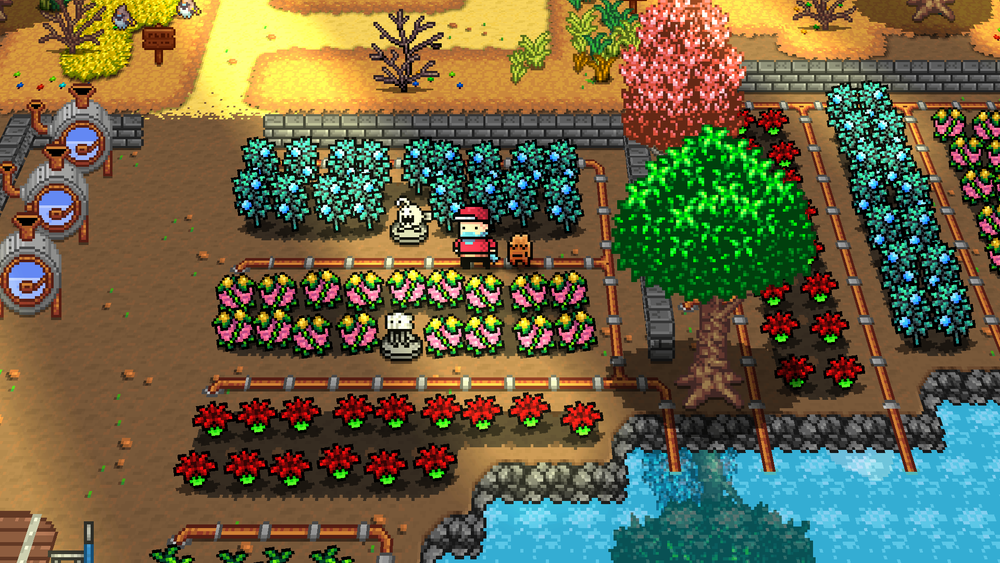 Monster Harvest offers an interesting variation on the classic agricultural simulation formula, and we are fascinated by what we have seen so far. As with most games, you need a healthy level of freedom, and what you are given right away is refreshing. Monster Harvest is coming to PC, PS4, Xbox One, and Switch on August 19, so we look forward to exploring even more.

Monster Harvest is an Indie game that combines the agricultural mechanics of Stardew Valley with the additional combat and creature-gathering mechanics of Pokemon, giving it a touch of Octopath Traveller Retro 16-bit color. Fans of the game’s history of seasons, Littlewood and Stardew Valleys, can expect a lot of familiar mechanics you’ve tried before in Monster Harvest, but with some new twists. It is sweet and has a great art style and should appeal to fans of games like Stardew Valley and Forager. The developers of Merge Games have announced that they will ship Monster Harvest on August 19.

Players searching for a new home to name and raise their own mutant plants will have to wait a little longer to find a new home to do so. To add support for Latin America and Eastern Europe, Merge Games and Maple Power Games have confirmed that they will take extra time to ensure that Monster Harvest is polished for all platforms before it launches on August 19, 2021. The game was originally scheduled for July before getting pushed back a month.

the devs wanted to give players a new experience, so they went back to the drawing board to see if they could improve one of the basic features of farming, namely that all farming games have North American seasons: spring, summer, autumn, and winter. Monster Harvest was originally due to hit the market in July 2021 but faced further delays until the end of the year.

As every year, we intend to follow all upcoming video games scheduled for 2021 and beyond on this page. There are many big releases on the Xbox calendar. fall is always busy, and it does not look as if there will be too many AAA games destined for release. You can find other games that could fall later this year on our recent posts.