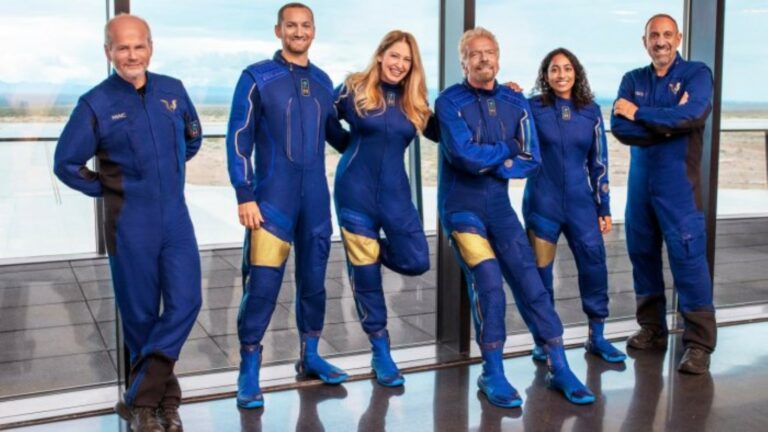 In the footsteps of Kalpana Chawla, an Indian-American who would travel out into space, Sirisha Bandla will be the second Indian-born woman to go out into space on 11 July 2021. The lady, who is 34 years old, and an aeronautical engineer will be one of five people to travel to space with Virgin Galactic founder and billionaire Richard Branson on the company’s fourth crewed test space mission VSS Unity. Virgin Galactic’s Chief Astronaut Instructor Beth Moses and lead operations engineer Colin Bennett will accompany Branson and Bandla on the mission. The Unity Spacecraft will be piloted by Dave Mackay and Michael Masucci.

Sirisha was born in Andhra Pradesh and raised in Houston, Texas before joining Virgin Galactic in 2015. Sirisha’s father, Dr. Bandla Muralidhar, is a scientist and a member of the US Government’s Senior Executive Services. When Sirisha was five years old, she moved to the United States with her father and mother Bandla Anuradha.

She formerly worked as an aerospace engineer in Texas and in space policy at the Commercial Spaceflight Federation (CSF). She holds a Master of Business Administration degree from the University of Georgetown and a degree in aeronautical engineering from Purdue University.

Sirisha joined Virgin Galactic in 2015 and is currently the company’s Vice President of Government Affairs and Research Operations, her, responsibility towards the mission will be that of a researcher experience as astronaut No 4.

Sirisha’s grandfather Bandla Ragaiah, an agricultural scientist and a Janapdu village resident of Piduguralla, Guntur district, was delighted to be at his granddaughter’s accomplishment. He expressed his joy by saying, “I’ve always seen her zeal to achieve something big, and finally, she is going to fulfill her dream. I’m sure she will succeed in this mission and make the whole country proud.”

Sirisha Bandla told Space.com that it will be around 60 to 75 minutes for a Virgin Galactic mission to will take off and land at Virgin Galactic’s Spaceport America in New Mexico.