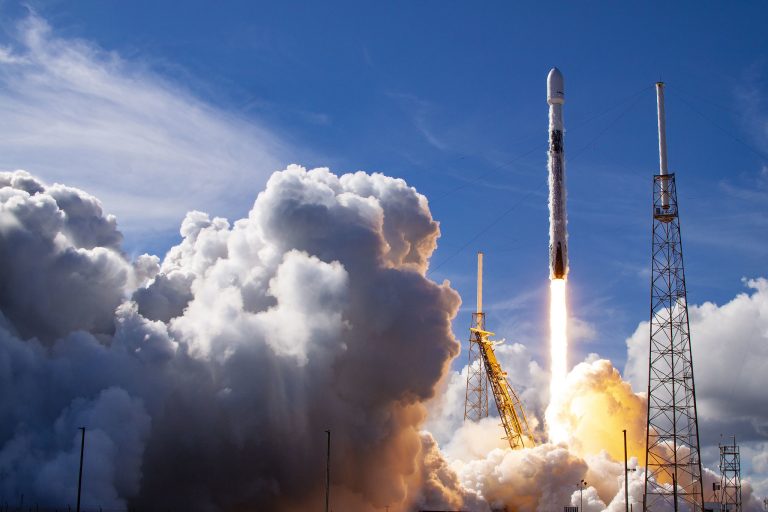 More Than Half a Million Pre-Orders With Starlink 26 Launch As the Starlink 26 launches into space, so are pre-orders. Can SpaceX keep-up?

SpaceX Falcon 9 Starlink 26 successfully launched into space for the 10th time on Sunday. The used booster allowed the rocket to be reused again and again. Furthermore, this is the 14th mission for Starlink satellites to achieve its mission to spread all over the globe.

Interestingly that is the second launch of Starlink within a week. As Starlink 25 launched on 4th May and Starlink 26 on May 9th.

SpaceX Falcon 9 reusability is getting interesting with each launch.  The launch was from Cape Canaveral Space Force Station in Florida. Around the time 2:42 AM (EDT) the rocket blast off from the launchpad.

Also, SpaceX claimed that the booster can be used at least 10 times with a maximum of 100. However, it isn’t clear how many times Falcon 9 has permissions for the launch. But as SpaceX seems to have got multiple successful attempts, it is more likely that they will launch the 11th time.

As said by Elon Musk, “We intend to fly the Falcon 9 booster until we see some kind of failure with the Starlink mission, have that be a life-leader. We’re learning a lot about reuse ability. It’s a hard problem for rockets.”

As far as it is known, the 10th landing of the stage 1 booster was successful.  As the history of SpaceX launch, Michael Andrews said, “This booster gets to live again.”

By February 2021 the company already had 10,000 users. And has recently announced that over 500,000 pre-orders were booked. These pre-orders require a $99 deposit. While the monthly bill Costs about $99, an initial setup costs about $499.

However, the slots are limited depending on the Geographical locations. Like in India, SpaceX is yet to apply for the required permits to provide services.

On the contrary, as said by Elon Musk of May 5th, “The only limitation of the high density of users in urban areas.” Furthermore, the real difficulty relies on providing the services to million users and furthermore.

Only limitation is high density of users in urban areas. Most likely, all of the initial 500k will receive service. More of a challenge when we get into the several million user range.

While remote areas have been enthusiastic about having decent Internet connectivity. This is an unpredicted twist. Also, the company is yet to reduce prices so the weaker section of the economy can afford to pay.

It is not as simple as launching the satellites and setting them up with an application. There is a need to install a Starlink Dish and a router. And also provide further repair services in the locations if needed.

It is said that SpaceX is facing regulatory issues to launch its services in India. However, last month the government said it will ask SpaceX to apply for required permits.

As said by the government officials to Economic Times, “DoT has no objections to SpaceX offering the Starlink satellite Internet service in India, but it must comply with the laws of the land and seek an appropriate license and other authorizations before offering the service to Indian consumers.”

It costs around Rs.7000 ($99) for Indian users. We are yet to know further details on this matter.