Most Likely Start-ups to Turn into Unicorns This Year: Hurun India Indian Start-up ecosystem is the third-largest in the world in the number of Unicorns and is now home to more than 69,000 start-ups.

Hurun Report is one of the leading research institutes in the world. Their subsidiary that focuses on India, has released a report stating the most likely start-up companies in the nation that would attain the status of a unicorn in 2 years.

A unicorn refers to any start-up company that has a valuation of $ 1 billion USD. 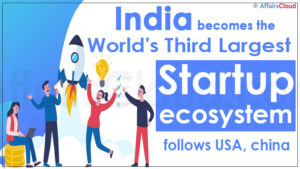 According to the list, at 10th, we have Twin Health, a gazelle formed in 2018 which has till date raised $200 million USD. It is a player in the health tech industry.

At 9th, we have ClearTax, a start-up company founded 11 years ago back in 2011 and it has received around $140 million USD till date. It is yet another player in the fintech world.

Rapido, takes 8th spot. An app where people can book bikes and autos, it was founded 7 years ago in 2015 and it has raised over $300 million USD till date. It competes with the likes of Ola and Uber.

Dunzo, a well known start-up company is at 7th. Founded in the same year as Rapido, it has raised a whopping $700 million USD since its inception and it is in the quick economy sector.

Ninjacart, which was also founded in 2015, takes up the 6th position. It is an agri tech company and it has raised around $375 million USD since its inception.

Starting off the top 5, we have Vivriti Capital, founded 5 years ago in 2017. It has raised just under $200 million USD and its it is another fintech player.

Ather Energy, founded back in 2013 takes the 4th position. It has raised just under $300 million USD and they produce and sell electric scooters and are building and infrastructure to facilitate its growth.

TurtleMint took the bronze medal at 3rd place. It is an e-commerce start-up founded in 2015. So far, the company has received $200 million USD as investments since its inception.

Zepto took the silver medal at 3rd place. Another quick commerce company, its users can order groceries using their app. It was founded in just 2021 and has received funding amounting to $360 million.

At first place, we have Shiprocket. A logistics firm which was founded in 2017. So far, it has raised over $350 million USD in funds.

Many other notable start-ups made the top 50 including Stashfin, Rupeek, Jupiter, and Gaana.