Google to delete location history of users’ visits to abortion clinics Along with this, visits to other potentially sensitive locations 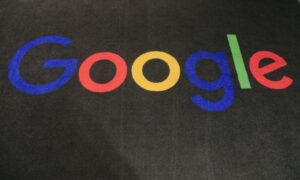 On Friday, July 1, Google stated that it would start the deletion of location data which shows users’ visits to an abortion clinic. The Alphabet Inc unit specified this after concerns over a digital trail possibly informing law enforcement about someone illegally terminating a pregnancy.

Last month, state laws preventing abortions placed following the US Supreme Court decided that they are no further guaranteed by the constitution. Owing to this, the tech industry gets more and more worried that police could get hold of warrants for search history, geolocation, along with other information of customers which could reveal plans surrounding pregnancy.

This week, the search giant noted it would go on pushing back against improper or increasingly wide demands for information by government, without any reference to abortion. Moreover, Google stated that the location history is generally off by default on a particular Google account.

This system is set to take effect in the next few weeks. Additionally, for ones using location history, entries depicting crucial location such as abortion clinics, fertility centres, along with addiction treatment facilities would be soon deleted right after a visit.

Other announcement from Google:

On the other hand, the tech company even went on to update its policy for the designation of US advertisers providing abortion. Notably, even if they dispense pills through mail following a virtual consultation, though without their own facilities.

As of now, the spokesperson from Google is yet to acknowledge questions regarding how the company would exactly identify these visits to clinics or facilities such as domestic violence shelters, weight loss clinics and abortion facilities. Additionally, the spokesperson was enquired if all the data connected will be cleared from the servers.

A post titled, ‘Protecting people’s privacy on health topics’ includes how a new update is arriving for Fitbit. This would enable users to delete several menstruation logs at the same time if they had been using that particular feature from before. Clearly, this update would also include the company’s goal to act against ‘overly broad’ demands from authorities.

As we know concerns over data privacy regarding abortion goes way beyond such tech companies. This is owing to the fact that information connected to medical records are not as confidential as people think. Most companies are storing data such as text messages to purchase histories, which could be used against someone in court.