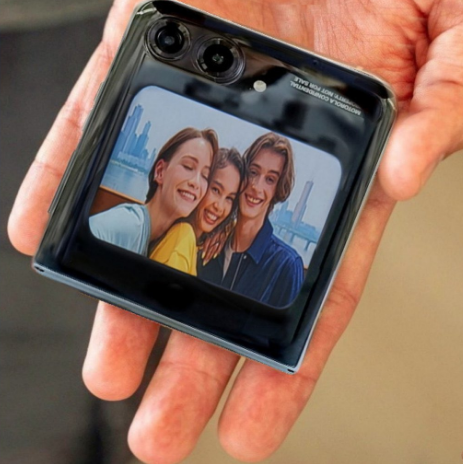 Motorola has numerous new smartphones to arrive in India, notably the G series. Motorola flagships will also be released in the coming weeks. The Moto Razr 3, a third-generation folding phone, is one such device. In recent news, the Moto Razr 3 pricing has been announced ahead of its introduction.

The Moto Razr 3 has been making the rounds in the rumor mill for quite some time. According to CompareDial, the Moto Razr 3 pricing in the EU market has been released. According to these reports, the forthcoming foldable phone would cost EUR 1,149. (around Rs. 94,360).

However, the Moto Razr 3 pricing in India may vary greatly. If the next Motorola foldable phone is to be released in India. The Moto Razr and Moto Razr 5G variants are now available in the Indian market. According to sources, the forthcoming Moto Razr 3 will finally arrive in India.

What Are the Motorola Moto Razr 3’s Specifications?

The forthcoming Moto Razr 3 will, like previous versions, include a flip design similar to the Samsung Galaxy Z Flip series. The clamshell design will have two screens, with the outward panel measuring three inches. The next Moto Razr 3 is believed to include a 6.7-inch 120Hz display with a punch-hole cutout when unfurled.

The Snapdragon 8+ Gen1 CPU, along with 12GB RAM and 512GB storage, will power the next Moto Razr 3. According to reports, there will also be a gigantic triple-camera configuration with a 200MP Samsung ISOCELL HP1 sensor. It will also include a 50MP ultra-wide lens and a 12MP telephoto zoom.

A front-facing 60MP camera for selfies and video calls is also expected. However, the performance of the Moto Razr 3’s massive 200MP camera sensor is yet unknown. The battery capacity and charging capabilities are currently unknown. It will also include the standard connectivity options.

The Moto Razr 3 would be a fresh entry into the rapidly expanding foldable phone industry. The new Moto Razr 3 is expected to be released in July, which means we only have a few weeks to wait. More leaks and teases are likely in the following days.

Not only that but the Razr 3 has long been speculated to be a real high-end foldable, which means it’s less expensive than its predecessor while offering greater specifications! That’s not something we’ve seen very often this year, so if this information is correct, it appears to be rather interesting.

In any case, the Razr 3 is expected to come in only one color option – Quartz Black. Again, this will most likely be in sharp contrast to Samsung’s Z Flip 4, which will almost certainly come in a variety of colors.