The gaming leader Mobile Premiere League is again in the news as it has acquired Gaming Monk; another major player in the esports community. Both are providing & catering to their respective customer base quite efficiently.

The details into the acquisition can be received from the details mentioned.

On Tuesday; the news broke that MPL has successfully acquired the Delhi-based esports community Gaming Monk. The entire team of the latter platform is submerged into MPL. This will help the mobile premiere league to cater to more-broad regional & global tournament capabilities across the prospective domains. 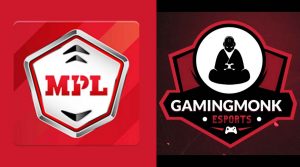 It is a Bangalore based e-sports platform where users can compete in multiple skill based mobile gaming tournaments. The popular formats it deals in are tournaments, 1/1 battles and Fantasy sports. It was brought on ground in the year 2018. In 2021; the user base is catered to a population of 60 million. The platform has a great series of funding mentioned below:

The founder Sai Srinivas said that this association will help to make the efforts more effective. With increase in competition; the passion for gaming is to be more worked upon by making it more engaging.

It is a gaming company based in New Delhi launched in the year 2017. It gives the opportunity to play across major platforms like PC, Console and Mobile. It offers services in two major verticals like Offline tournaments and Online eSports Portal. It covers up to 16 cities of the nation. The user base is close to 1.3 million.

The founder Ashwin Haryani said that “Gaming Monk’s vision was to change the esports scenario in India, and I strongly believe that our collaboration with MPL will not only help us accomplish our goal, but also transform the way every individual in our country views esports,”

The company has also came up with Esports Arena that hosts fortnightly games like chess, WCC & pool.

India has witnessed a double growth in the viewer of esports content making it to 17 million by 2020. Esports has suddenly become the new rage & passion among the country nationals because it has attracted a huge number of audience in the pandemic phase. Even the price pool of esports also stands at 25-30%. By 2025; this 17 million will touch 130 million.

So; this word e added to the sports domain is not just a letter.

It is an entire ecosystem that caters to an altogether different market which is now imperative to reach. This horizontal acquisition in the gaming domain will definitely scale up the entire operational base.