TRULY MADLY; THE INDIAN DATING START UP GETS BACK UP FROM VIJAY SHARMA, 9UNICORNS AND OTHERS

Gone are the days; when match making use to be a traditional mechanism. Now; it has changed to everything modern where dating has become completely social media application based. Social media 7 growing internet penetration has also made this domain more easier and flexible.

The list of applications dealing in this field are endless; making the competition go more stiff. The recent buzz is from this section itself; where a dating app Truly Madly raises Rs. 20 crore with a new set of back up investors. Let’s get into the article to know more.

The application is under the umbrella of Crescere Technologies Private Limited that deals with providing matchmaking services inclusive of recommendations & suggestions.

It has been used by more than 8.5 million people up till now to get their forever match. The application has by far made more than 30 million matches. 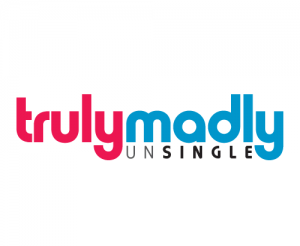 The round was pre-series A round and participation was received from ventures like:

The round gained limelight when Paytm founder & head Vijay Shekhar Sharma along with many other prominent personalities managed to mark their presence like InMobi founder Abhay Singhal & Piyush Shah and Arjun Vaidya; Dr. Vaidya’a CEO.

The company is witnessing a growth phase in tier 2 cities. This amount will be used to bring up fresh offerings and focusing a larger part on the artificial intelligence as now is the era of millennials which want serious & long lasting relationships on digital platforms.

Th founder Snehil Khanor said that the growth of the company has tried to eliminate stigma associated with dating culture in the country. The revenue has grown four times. In the coming span of 6-8 months we will have new products to cater to the demands of dating especially the Indian way of dating.

In the year 2020; it was clearly proven that India is the second largest revenue market when it comes to dating apps after The United States Of America. Looking for love has become so easy that merely having a secure mobile connection makes you eligible.

The market has expanded drastically and will continue to do that. There is a list of Indian apps like Tinder, Hinge, Happn. Global users and revenue both have seen increase.

This is an opportunity for Truly Madly to gain the maximum share but also be the holder of the highest share in the market. Although we are still struggling to deal with the stigma; but we will continue to deal with the apps too.