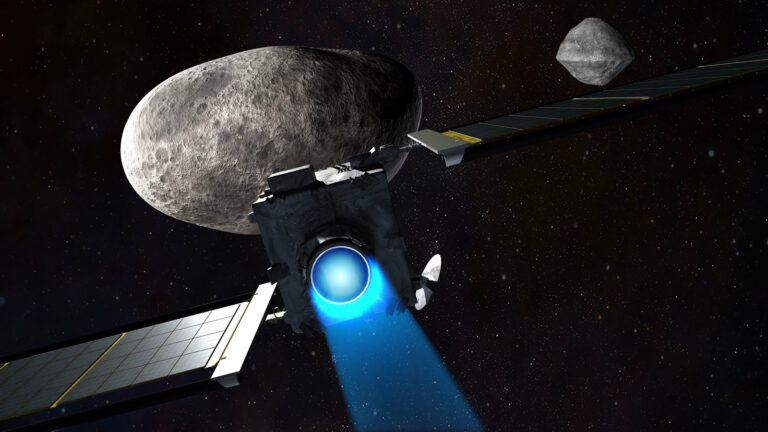 To be launched by SpaceX, NASA prepares for the planetary defense demonstration mission. With Double Asteroid Redirection Test(DART) NASA will launch their debut demo flight. Which will test the technology that can protect Earth in case there is a potential asteroid threat in the future.

This test will determine if it is possible to defend the planet when an asteroid is known to be coming towards the earth. Also, NASA is working on knowing if crashing a spacecraft intentionally could make the asteroid make a collision with the earth. On 23 November the space company will launch NASA’s DART spacecraft towards a binary asteroid system known as “Didymos” which has a moonlet.

“The spacecraft will lift off atop a Falcon 9 rocket from Vandenberg Air Force Base’s Launch Complex-4 in California at 10:20 p.m. PST (date is subject to change).”

By mid-September next year the launch vehicle will reach the binary asteroid system after cruising for over a year. With that, it will intercept the Didymos system within 11 million kilometers from Earth. Astronomers will be observing the impact through telescopes and radar from the ground.

Didymos are a larger asteroid which is known to be about 2,540 feet wide and the other asteroid Dimorphos is known to be 540 feet across. The DART vehicle will deliberately crash at a speed of 6.6km/s with an onboard camera towards the smaller asteroid. Here the camera located is called DRACO which has high-tech autonomous navigation software. NASA representative stated, “The collision will change the speed of the moonlet in its orbit around the main body by a fraction of one percent, but this will change the orbital period of the moonlet by several minutes – enough to be observed and measured using telescopes on Earth,”