This National Aviation Day in the US created by President Franklin Delano Roosevelt to celebrate the birthday of Orville Wright, one of the Wright brothers who made a first successful airplane and to celebrate aviation. NASA celebrated the day with a new mini posters showing the innovations the agency made to aviation.

The agency released many lithographs on its official website that recognize the various technology the agency has developed since it was founded and what are the various aircraft which make use of its innovations. Advancements in propulsion, safety, and navigation on commercial aircraft, military jets, and helicopters are the some of the contributions by the agency made in aviation. 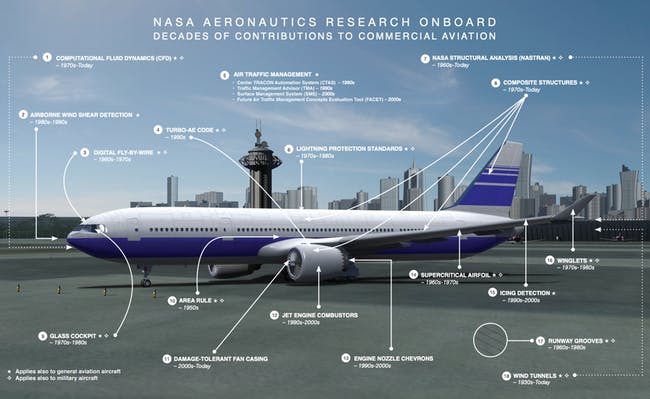 Planes the people use the most on daily basis, NASA developed a lot of designs for aircraft that help improve the aerodynamics such as winglets on the wings to help reduce drag, wind tunnels to test planes, and even the materials to make the aircraft. The agency also helped to develop software used for commercial flight and air traffic control along with figuring out that groves in the runways will help in improved landing. 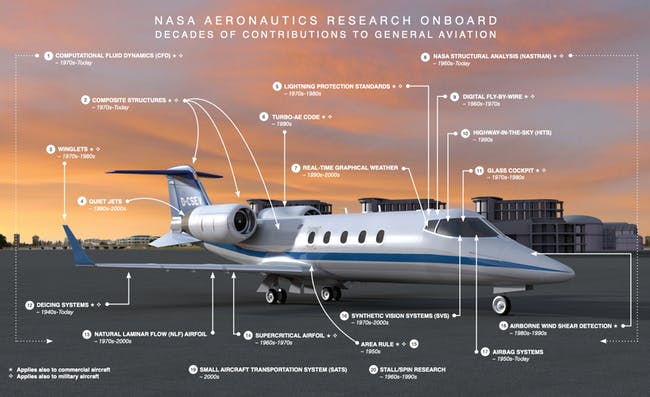 General Aircraft use the same technology like commercial jetliner along with a few extras from NASA. The agency helped in safety, innovations such as lightning protection, de-icing systems, and event airbags came about thanks to the agency. It also helped develop quite jets for small size, real-time graphical weather displays, and the highway-in-the-sky system, which gave the pilot the communications and data needed for navigation. 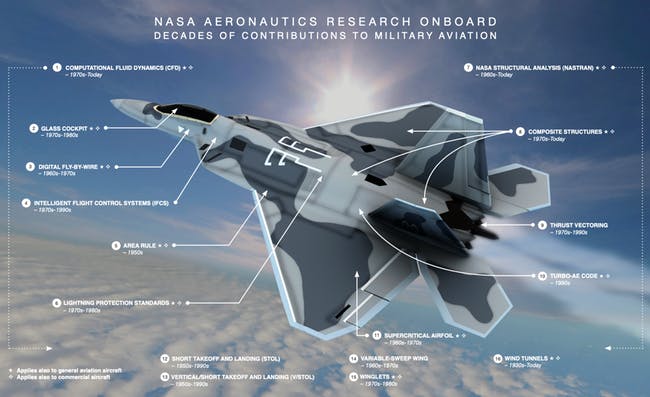 Military planes like fighter jets and other military planes have the same technology as other aircraft much of it but they also include other innovations needed for combat. Thrust vectoring and variable-sweep wings are two advanced developed in part with NASA to improve a jet’s maneuverability in the air. And also played a major role in how aircraft land and take off with the development of technology. 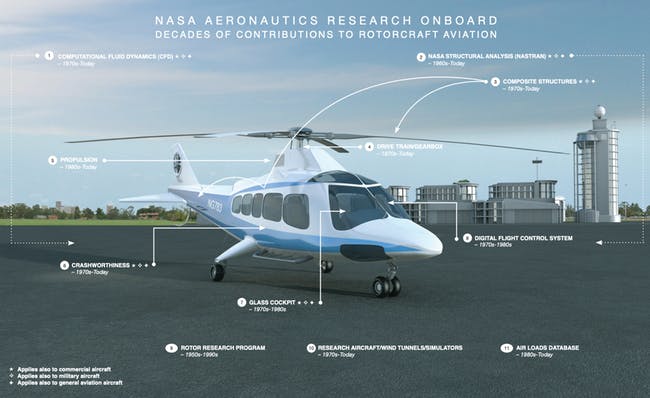 NASA has played a major role in the innovations in helicopters. Technologies the agency had a hand in to improve safety and aerodynamics are used in helicopters along with improvements in transmissions and rotors it helped develop over the decades. It is best known for its mission to outer space, the technology it developed is used by people around every day.