NASA, SpaceX set the date to launch their Crew-3 astronauts on 30th October. The next crew dragon to the ISS will be launched on Halloween weekend on 30th October at 2:43 a.m. with a backup launch time of 2:21 p.m. The astronauts will have some overlap with the crew-2 astronauts as they will be reaching ISS on Halloween. 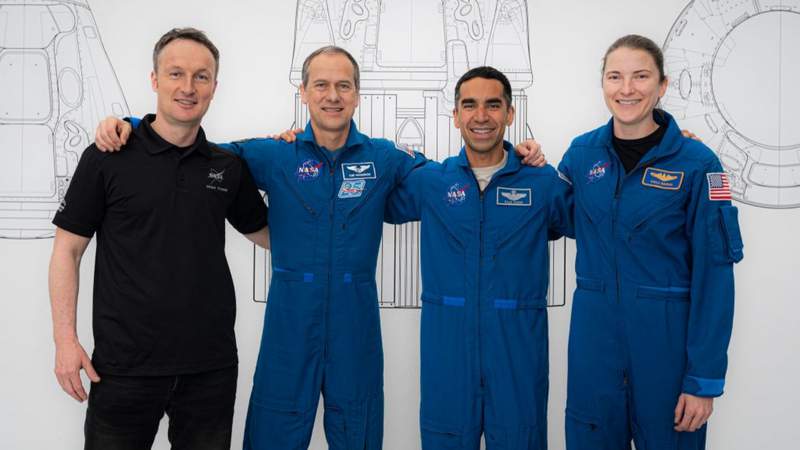 🚨@NASA and @SpaceX are now targeting Saturday, October 30th @ 2:43 a.m. EDT for the launch of the Crew-3 mission! These four astronauts will liftoff from @NASAKennedy to the @Space_Station

Furthermore, NASA will be highlighting the crew rotation with a pair of virtual briefings held on October 6 and October 7. The first one will start on October 6 at 2 p.m. EDT briefing about the overall launch, and crew. Then the next one will be held the next day a crew news conference at 2 p.m. where all the crew members will be speaking. All these briefings will be shown to the public online and done at the agency’s Johnson Space Center in Houston. To watch these briefings, visit the NASA live television of the agency website or the NASA app.

The mission will take place on October 6 where the briefings will be addressed by:

Then the next day, the briefing will be addressed by the four astronauts:

There will be an overlap with the astronauts Shane Kimbrough, Megan McArthur, Akihiko Hoshide, and Thomas Pesquet. They will be reaching back to earth by early or mid-November.

Furthermore, the current crew to be launched in October is Raja Chari, who is responsible for all phases of flight. Then there is Tom Marshburn, who will serve as an Expedition 66 flight engineer aboard the station and is the pilot of the crew dragon. The mission specialist for the crew will be Kayla Barron, who will closely work with the commander and pilot throughout the dynamic launch.  Matthias Maurer will also be working closely with the commander and pilot.