NEAR Protocol: Everything you need to know

A cryptocurrency is nothing but a form of online currency that can apparently be used as an alternative to physical currency worldwide. Crypto was introduced only a few years ago and since its entry into the market space, virtual currencies have been able to gain a lot of attention and popularity on an international level and have managed to lure in a lot of potential investors. Over the years, the industry has grown a lot and today I believe it represents the future of payment systems across the globe. This virtual asset of yours can be used for exchange and trade purposes and can easily be stored in online wallets to be used in the future. Thanks to cryptography, cryptocurrencies are extremely secure and it is by far impossible to double-spend or even counterfeit for that matter.

If you remember, when the industry was first launched, there were not many currencies to choose from and investors had no choice to put their money in whatever currency was available but seeing the rapid incline in the field, a lot of developers started to see this as an opportunity and has introduced numerous new currencies, with each having differentiated features and characteristics, providing customers with a chance to choose in the marketplace and thus increasing the competition. Seeing Its portability and user-friendly interface along with ease of use, more and more investors are intrigued to trade.

However, the marketplace has a major downside which is its volatile nature. The price fluctuations are very risky, which makes users think twice before they put in their money. I believe, as of today, there are still some people who lack an understanding of the industry and its workings. There are also a lot of people who managed to gain a significant amount of profits from investing in crypto and on the other hand, there are some who had to suffer losses for their investments. I find the entire crypto marketplace to be a huge gamble, where the chances always are about fifty-fifty. As mentioned previously that there are a lot of currencies available today, some of the popular virtual currencies that you can invest in today include Dogecoin, Ethereum, Bitcoin, Binance Coin, and Cardano to name just a few.

Having said that, today we will be talking about NEAR Protocol, the latest addition to the lot.

Everything to know about NEAR Protocol 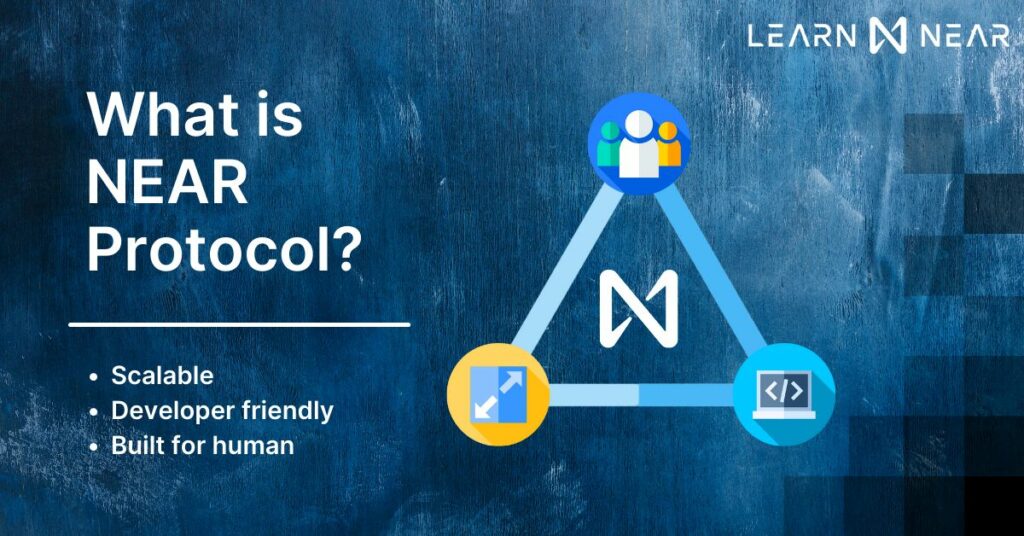 NEAR Protocol or as often referred to as NEAR is nothing but a platform for decentralized applications which is designed to make applications easily usable on the web, founded by Illia Polosukhin along with Alex Skidanov. In other words, it is a cloud platform for the public community-run. The network is known to run on Nightshade, a Proof-of-Stake (PoS) consensus mechanism which is focused on offering stable fees as well as scalability. However, NEAR is the native token of the platform.

In simpler words, NEAR is a platform for decentralized development which has been designed in order to provide the ideal environment for decentralized applications(dapps) by overcoming some downsides of the systems in competition including low speeds, low throughput as well as poor cross-compatibility. This works on top of the previously mentioned NEAR Protocol which consists of several innovations in order to increase scalability along with reducing cost for end-users as well as developers. The Near Protocol blockchain is secure, permissionless as well as performant.

The network’s innovations consist of a unique take on a powerful and sharding new consensus mechanism often known as ‘Doomslug’. In addition to this, NEAR has a lot of uses such as it can be used to pay fees for storing data and processing transactions, used to run validator nodes on the network by staking its currency tokens, and lastly, it helps in determining how resources on the network are allocated using governance votes.

Furthermore, NEAR can also be used in unification with apps that are decentralized including marketplaces where you can sell and purchase non-fungible tokens, commonly referred to as NFTs. You might understand better with a reference, let’s say Ethereum. Just like Ethereum, transaction fees on NEAR can also be paid using its native currency, as mentioned previously. Ether in Ethereum is exactly like what NEAR is to Near Protocol. NEAR also makes use of some tools including NEAR wallet, NEAR SDKs, Gitpod for NEAR, NEAR Explorer, and lastly NEAR command-like tools.

Not just that, NEAR managed to find the biggest problem with the DeFi ecosystem which is the fact that the transaction fee is very high. The technology that NEAR uses is actually really impressive and it may definitely intrigue users and developers to switch to Near. The platform uses an amazing technology of sharding. Now for those of you wondering what is Sharding? Let me help you with that. In order to spread out the workload, the blockchain is divided across several validator nodes, as a result decreasing congestion. A transaction fee is something that is very important in the crypto world especially, so much that, due to the high transaction fee on Ethereum, many users drove away to cheaper alternatives such as Binance Smart Chain(BSC). 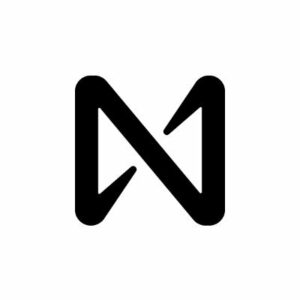 On a similar note, as Dapps have started to grow in popularity, the crypto industry has been facing some issues in regards to scalability. Wondering what scalability is? In this context, scalability refers to the ability of a blockchain to handle numerous transactions with reasonable cost and speed as well. Ethereum however has faced a lot of challenges lately in regards to the problem of scalability. While other platforms are looking for a way of finding scaling solutions built over Ethereum, NEAR went ahead and built an entirely new blockchain, having a different than usual architecture. NEAR claims that sharding is the solution for this problem of scalability.

With the help of sharding, the computational load is significantly decreased. With this tactic, every node on the platform is needed to run all the codes in the network. But you need to understand that, it requires only those nodes that are in some way relevant to the shards so that they can conduct computation, parallel to each other. Thus, scaling the overall capacity of the network as the number of nodes increases. Then again, in order to achieve consensus on the network among the nodes, NEAR makes use of the Proof-of-Stake consensus system as previously mentioned.

Also, NEAR prides itself on transparency and decentralization with its community. The entire NEAR network is open-source and creators from all around the globe have contributed to the project. There is a team of almost a fifty members at the core management of NEAR, working constantly on improving the network. These people are globally renowned experts and the team is known as Near Collective. The main aim of the Near collectives is to keep and maintain the protocol blockchain highly scalable in order to support the need of the customers and maintain the developer and user experience.

As mentioned before, NEAR Protocol is completely focused on building a user and developer-friendly platform, and to achieve this objective, NEAR has made use of features like having account names that are human-readable as opposed to having wallet addresses that are cryptographic and making new users on the platform well capable of interacting with smart contracts as well as decentralized apps without the need of a wallet at all. More technically the platform combines the features of serverless computing, partition-resistant networking, and distributed storage.

There are a few projects that are building on NEAR including Flux, which is a protocol allowing developers to build markets that are based on assets, and Mintbase, a minting platform for non-fungible tokens(NFT).

The NEAR platform is known to reward a lot of stakeholders in the blockchain using NEAR tokens. For their services provided, transaction validators receive a NEAR token as a reward every time that amounts to nearly 4.5 percent of the entire supply of NEAR on an annual basis. In addition to this, developers who created smart contracts for the network also receive a part of the transaction fee that was generated using their contracts.

The remaining transaction fee is burned(destroyed), thus, increasing the lack of availability for the NEAR tokens. Apart from this, the currency has also established a protocol treasury that gets 0.5 percent of the annual NEAR supply in order to reinvest in the ecosystem for the purpose of development. Not just that, NEAR Protocol, is also very well capable of supporting ‘wrapped’ tokens from other blockchains apart from NFTs. Similarly, NEAR has managed to construct a bridge with Ethereum, thus enabling users to transfer ERC-20 tokens from Ethereum to NEAR.

Apart from this, all the holders of the NEAR token also gain some voting rights in order to participate in the governance process of the NEAR Protocol and give their votes on a few important problems that are essential to decide the future course of action for NEAR. Currently, the circulating supply of the currency is nearly 449,669,568 NEAR coins, with a total lifetime supply of 1,000,000,000 NEAR coins. 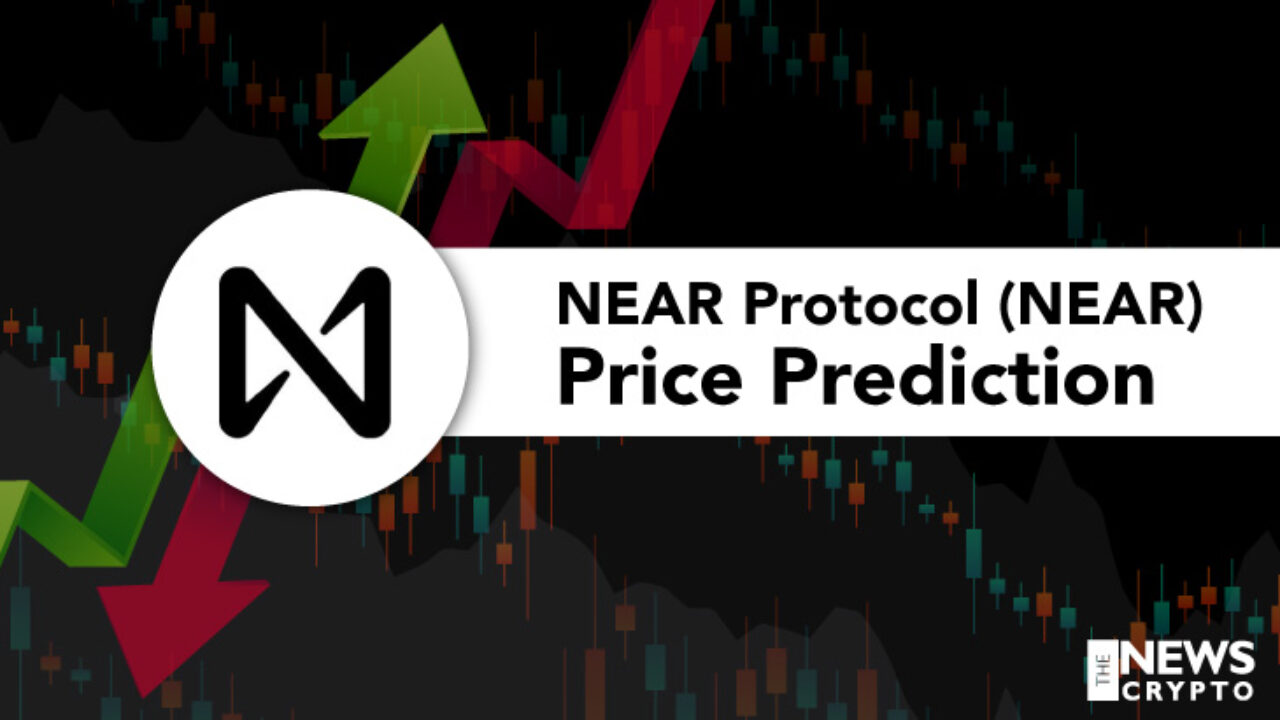 NEAR Protocol has been gaining quite some attention lately. It has plenty of fundings, a great team, and as a matter of fact, they have a lot of friends in the virtual currency world which has significantly helped the Protocol achieve the first two goals. There is just one thing that the currency failed to do which every cryptocurrency aims at doing, creating a hype for the platform. As a result of competing with other virtual currencies in the market, the platform has actually sacrificed the marketing aspect.

This actually puts it in the same league as some of the other surprisingly promising currencies that have flown under the radar. As a matter of fact, this actually paid out really well for NEAR, as of today it comes with some of the most amazing statistics if compared to any digital currency blockchain in the marketplace.

Reading so far, you might have gotten a fair understanding of NEAR and so you will be able to make decisions on your own whether or not you should invest. If you are wondering what all crypto exchanges have NEAR listed? Let me help you with that. Currently NEAR is becoming available in more and more exchanges in the marketplace but as of now, the options are somewhat limited to Huobi, Gate.io, FTX, and Binance.

In conclusion, I believe if you are planning on a long-term investment, NEAR Protocol must just be right for you. Seeing its growth and future plans, it is likely to reach great heights. If not now then in the coming future for sure. Also, it is important for you to understand the fact that not just NEAR but all the all virtual currencies are a risky investment and it is best if you do your own research before investing and not just go with the hype. It is advised that you should not invest more than what you can afford to lose.

What are your thoughts on NEAR Protocol? Do let us know in the comments below. To know more about various cryptocurrencies, do check out other articles we have on our website. Thank you for your time & if you found our content informative, do share it with your investor friends!

Also read: Wifedoge: Everything you need to know