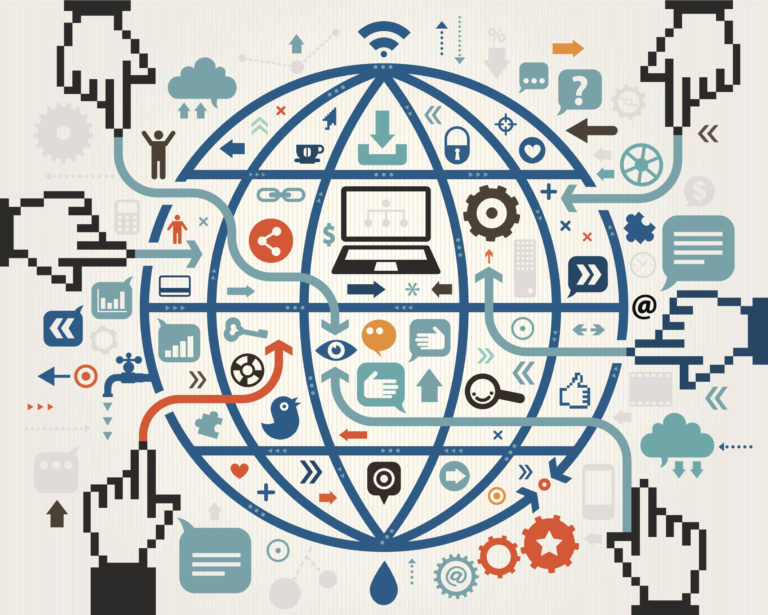 Raju Vegesna of Zoho talks to Techstory about Net Neutrality !

Debate on Net Neutrality in India has been going on for a while now. The launch of Airtel Zero, a marketing platform that allows users to access apps and web services from app developers and web service providers for free, made the campaign against net neutrality even stronger. It involves strategy of charging money from participating app developers to provide those app services at zero data charges.

As of 2015, Indian telecom sector promises all the internet users to be treated equally over the internet, and does not discriminate between them or charge  separately by user, content, site, application or mode of communication and hence has preserved net neutrality. But this launch has given a whole new direction to net neutrality discussion across India.

“If you look at the services, internet is dominating all over. A telephonic conversation which used to happen through copper wires is now taking place over internet. Television shows are now available on internet. Magazine, recipes, shopping, bookings- all you can imagine is now present online. With such a wide-spread use of internet, removing the net neutrality is fatal.” says Raju Vegesna of ZOHO in an interview with Techstory. As of now, internet allows everyone to communicate freely i.e. all web sites and content creators are treated equal, and there is no need to pay any extra amount for faster access to a particular site/service.

Raju explains that “If there is no net neutrality, there is a possibility that service providers will restrict the speed, streaming rate, and add limitations on what could be done through internet channel. Imagine if Netflix is required to pay extra for high speed services to its consumers; the extra cost will ultimately drip down to its consumers. If the cost of providing services is increased, it will automatically add up to price of final service and customers will have to bear it. And that is why net neutrality should come into picture-To protect the rights of consumers.”

Moreover, in absence of net neutrality, internet will not function as we have known it to. It will mean that Internet Service Providers (ISP) such as Airtel, Vodafone and others will be able to charge companies as per the services offered at high or low-speed, bandwidth utilized etc. “ISPs will be able to ask Google or Netflix or any other service providing companies for an extra amount of money for providing their particular service. The role of net neutrality is to prevent all of this and maintain uniformity.” describes Raju.

Also, in a country like India, which is a breeding ground for start-ups and entrepreneurs, not preserving the concept of net neutrality can lead to disastrous outcomes. “Deals like Airtel – Flipkart for providing its app for free have to be taken care of. We cannot afford to have deals like this in a country where the startup scene is still booming.Quality of the service is something which should always be preserved.” says Raju. Currently, without any discrimination, all the companies, start-up ventures and entrepreneurs can simply set-up their business, launch them, advertise their products and sell them openly. But violation of net neutrality will hamper the growth of start-ups and other small ventures which are not in position to enter into such negotiation by paying extra sum of money.

There is a strong belief across consumers that not abiding to net neutrality will have bad impact all across and a set of guidelines should be issued to prevent it. Raju supports the view and adds that “Net neutrality should be supervised carefully and local government must publish rules for it. In the long run, I am hopeful that it will be taken care but someone has to initiate it and bring forth the issues which are happening. It is important to understand the view point of the service providers as well who feel that they have become a dumping ground for data and that it is only fair to charge extra for a high speed lane. Only then can they be resolved and a middle ground for this entire dilemma will be established.”

“On the other hand, the few ISPs going after defying the net neutrality will be punished by consumers by moving to other ISPs who do not prioritize few services over others.” he further adds.  So, it’s ISPs who have to devise other ways to enhance their profit rather than by blindly jumping over the bandwagon.

Among all the serious discussions panning across the entire country over net neutrality, the bright side is the serious concerns raised about issue throughout; after which the Telecom Regulatory Authority of India (TRAI) has published a consultation paper on “Regulatory Framework for Over-The-Top (OTT) Services” or internet-based, value added third-party services.

TRAI is also seeking views on net neutrality as per Indian scenario to ensure both that Internet Innovation thrives and the interests of all Consumers of India are preserved as well. If you do not want to end up paying extra to your service provider for WhatsApp, Skype or YouTube, or if you do not want extreme violation of net neutrality, putting at stake your freedom to choose & privacy then submit your responses to TRAI’s twenty questions before April 24, 2015 at advqos@trai.gov.in.

According to the latest economic times report, TRAI has received more than 1.5 lakh emails in support of net neutrality.

Here is the link for the twenty questions: http://trai.gov.in/WriteReadData/WhatsNew/Documents/OTT-CP-27032015.pdf

Everything you need to know about Net Neutrality you can find on http://www.savetheinternet.com/net-neutrality-what-you-need-know-now

Like always there are a lot of reactions on Twitter on this topic. Here are some of the top tweets.