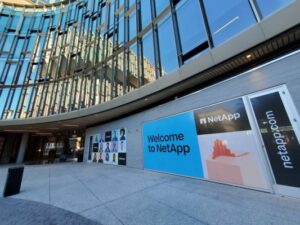 Reports this week specify how NetApp has acquired Instaclustr which is based in Canberra, Australia. Instaclustr is essentially a provider of fully-managed open-source databases. The acquisition was mainly a step that people expect to triple the storage company’s present Australian workforce of 150 employees.

Instaclustr was founded in 2013, and two of its four founders were graduates from Australia National University. It was created in a shared innovation space on the campus of ANU, with currently having around 300 employees. Since then, the company has moved further to consider a number of Fortune 500 firms as customers of its services. Since its creation, Instaclustr has raised around $22 million till now.

Investment fund ANU Connect Ventures led the seed round of funding for Instacustr in the year 2014. ANU Connect Ventures is jointly owned by the public university and Spirit Super. Since the funding in 2014, they have gone on to contribute about AU$8.5 million to the firm. However, the price of the acquisition is still unknown.

“The returns to the University from this investment will now seed our new activities for years to come.”

The storage giant, NetApp mentioned how this acquisition would aid in building its offerings in the cloud space. Combining its space with the services of Instaclustr would greatly help the development of its goals. The storage company stated how with Instaclustr, they can bring about an outlet which can “run, optimise, and secure” various open-source databases, workflows and data pipelines. They further mentioned how they would offer a wide and expandable platform. This platform would essentially be a service that would empower application teams to develop and “deploy innovations at speed.” The executive vice president and general manager of NetApp, incharge of public cloud services, Anthony Lye specified the details of the company’s agenda. The executive announced the deal between the two organisations in a blog post.

Previously, the storage giant had gained acquisition of Spot, Fylamynt, Data Mechanics and CloudCheckr. Notably, NetApp has since delivered incredible solutions to its customers in the crucial cloud requirements. Moreover, it has now excelled in providing solutions in the need of scale, speed, security, cost, etc The acquiring of Instaclustr for NetApp comes at an important point. It comes off the back of the storage giant delivering better than anticipated results of the third quarter. This was which it said that its all-flash array annualised net revenue run rate hit a record of $3.2 billion.