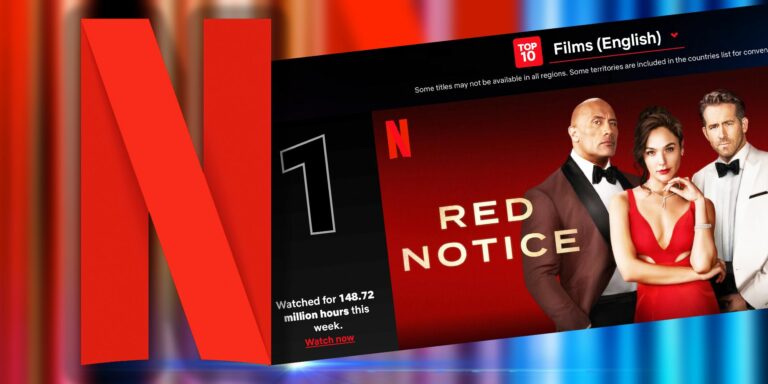 Netflix introduces a new look for its Top 10 rankings

Netflix has become the standard of how good or average a piece of content really is like if a show is on Netflix, it is deemed to be automatically good. There is no reason for this but if it’s a Netflix show, it has to be good. This is the notion that people all over the world go by and this is an example of the standards that Netflix has set for itself in the eyes of its audience.

Netflix is really a definition of a successful show but at times, it is not made very clear to the audience how these Netflix rankings are set. Well, we know that it is a blockbuster but in what countries, for how long has it been in the top charts and some more typical information that would align with the possible hype of that show during that time.

Having said that, Netflix has recently announced to introduce a new look for its Top 10 ranking- “Top 10 on Netflix” that will show a chart of the top Netflix movies and shows, both in English and Non- English categories. This chart will allow you to see both country-specific and global data that validates the ranking that Netflix has given to that particular show or movie, including total viewing hours and the number of weeks on the top charts.

Isn’t this absolutely great? We can see the Top 10 trending in America on the Netflix app but the list is entirely based on hype or back-end numbers that viewers cannot see and validate by any means. Well, now we will have proper metrics on how and why is a particular show or movie listed in the Top 10 on the Netflix list.

As mentioned in a report by Engadget, the newly launched “Rd Notice” becomes by far the most popular movie across the globe based on watch time with 148.7 million viewing hours in the first week itself. Narcos: Mexico, the latest season of the popular hit show Narcos topped the English category TV list with about 50.3 million hours of watch time after two weeks of release. Squid Game, the show that we have all been talking about lately, is a masterpiece that has dominated the non- English category with a watch time of 42.8 million hours and it has been nine weeks that it is listed in the Top 10 on Netflix.

People these days are really Netflix and chilling hard, it seems. But that is okay because theatres have been closed for such a long time and OTT platforms have gained popularity to enjoy the best shows on your smartphones, computers, iPads, straight from the comfort of your house.

So, what do you think about the new Top 10 on Netflix?