Netflix is finally planning to make its games available on iOS 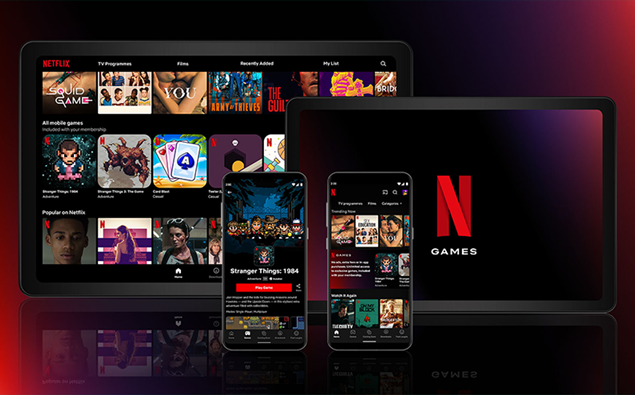 Netflix is one of the most popular video streaming services in the world today and recently, the company has extended its revenue stream by introducing Netflix Games, moving on the gaming niche, considering its boom in the past few months. Now, Netflix Games are easily available, well-integrated within the Netflix application for Android users, however, its games are not available for iPhone users!

According to recent reports, Netflix might be planning to make its Games available on the Apple App Store but it is going to be harder than we can imagine. As per Apple’s policies, the company bans all in-app gaming services, so the question of Netflix integrating games within its existing app goes down to zero. So, what next? Well, Mark Gurman from Bloomberg says that he has witnessed code indicating that Netflix will release all of its games individually on the Apple App Store for iOS users to experience them. This means that these games will not be available within the Netflix app, complying with Apple’s policies. Gurman says that these games will be individually available within the App Store for users to download and enjoy.

Netflix has had the option of making its games available within its already existing app but it clearly cannot be the case with iOS users. The video streaming service says that it has no choice but to offer its games separately. So, a Netflix user would still be able to access the gaming catalogue on the Netflix app, but as they tap on any of it to play, Netflix will route the individual to a separate window where the game will play.

This is Netflix with budding competitor Apple! Yes, Apple and Netflix are budding competitors in many differing aspects- gaming, streaming video service and more. However, as The Verge notes, neither of them can estrange one another in order to survive in the market. However, Netflix will indeed have to make certain compromises with Games when it comes to making them available for iOS users.

It certainly seems like things are very easy for Netflix when it comes to Android than they are with Apple’s ecosystem. Anyhow, what do you really think about Netflix venturing into gaming? I think that it is a great move that the company is expanding its horizons, however, it can add more spice to these games like offering free Netflix membership on winning the game or creating a winning streak, something like that, so that users are more eager to play and win these games, just saying Netflix, if you are listening.