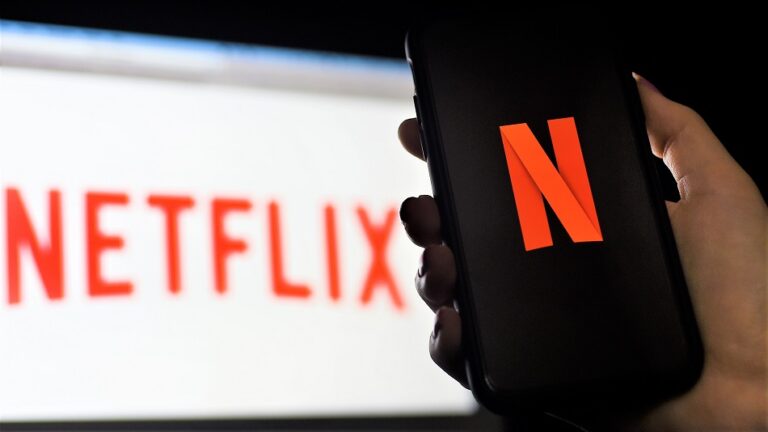 In this photo illustration a computer and a mobile phone screen display the Netflix logo on March 31, 2020 in Arlington, Virginia. - According to Netflix chief content officer Ted Sarandos, Netflix viewership is on the rise during the coronavirus outbreak. (Photo by Olivier DOULIERY / AFP) (Photo by OLIVIER DOULIERY/AFP via Getty Images)
Home
Business

Netflix turning itself into a media company?

The OTT platform steaming company founded as a DVD rental business in 1997 saw a decrease in its paid subscription numbers for the first time in April 2022.

Now with various Twitter pundits and netizens predicting the death of the American online streaming giant, analysts believe that Netflix is slowly turning into a media company.

Netflix which is into the business of streaming shows and movies was considered a big tech company by Wall Street for a very long time.

Even though company was providing streaming services just like any traditional media companies such as Disney, Comcast, Paramount or CNN, the market considered Netflix to be like tech companies such as Google, Amazon, Facebook and Twitter.

While it is true that Netflix was working on a business model Similar to tech companies based on the number of subscribers, various experts are now feeling streaming company was highly overvalued by the markets. Apart from the “subscriber growth” part, it was like any other studio in Hollywood which makes money by steaming or selling shows and movies.

At one point in time, Netflix was even valued at 300 billion dollars by Wall Street.

Julia Alexander, who is the director of strategy at Parrot Analytics said in a conversation with CNN business that she believes the streaming company was highly undervalued.

One of the major characteristics of the company which made them different from becoming a media company was that it completely relied on subscriber growth.

Now with the company’s decision to venture into creating a lower-priced subscription tier with help of advertisements, it makes Netflix similar to a media company.

According to reports, Netflix is already in talks with Microsoft to add advertisements to the new subscription tier.

It’s also a striking irony that whole other streaming services are trying to convert themselves into business models of tech companies, while Netflix is going back to the traditional model of business of media companies.

Netflix which began as a DVD business ventured into paid online streaming during the 2007-11 period.

Soon after the news broke out that the company has suffered losses in paid subscribers, the share values of the company tumbled by nearly 60%.

An increase in prices of subscription tiers along with increased competition from new OTT platforms such as Disney+, Hotstar etc made the situation tougher for the company. The sole factor that competitors were providing cheaper subscription tiers with the help of advertisements put Netflix in a disadvantageous position.