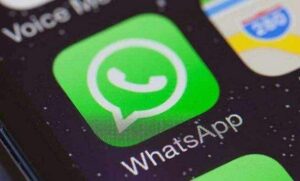 Reports this week suggest how Meta Platform Inc.’s WhatsApp is in the process of further boosting its safety provisions for users. In this update, the messaging service is reportedly developing a brand new safety feature that would enable users to secure themselves from potential fraudsters.

Referred to as Login Approval, this new provision is set to have a design suitable for multi-device users. Expectantly, it is set to be built on the social media company’s system based on two step verification. Sources confirmed how the users, from this addition, would finally be able to get alerts when a particular user logs in to their account on WhatsApp from a distinct device.

Moreover, the company is apparently also in the process of developing a feature would enable the people to see previous participants on a particular group. However, currently they are working only on an iOS version of the feature, available solely on iPhones. As specified by a report from a notable WhatsApp feature tracker, WABetaInfo, the social media giant is presently conducting a test on a beta version of WhatsApp newest software. The new safety feature ‘Login Approval’ could possibly be a part of an upcoming update.

What would the new feature offer?

Apparently, this new update would include notifying users any time another individual attempts to log onto their account from another device. Details specify how one particular user would only have the ability to log in with the same account on to a secondary device only following them approving it from their primary device. Mainly, the device i.e., the main smartphone where the account is logged on to from before.

Expectantly, this update would aid in the prevention of potential scammers from gaining access to some user’s WhatsApp account, and private data. As specified by the tracker report, the new feature is made in a way to protect the users from falling victim to someone possibly stealing their account and/or information.

As we know, the messaging service possesses a two-step verification system from prior. Mainly, this is made to aid in the prevention of any unauthorised access to anyone’s account on the platforms. Moreover, this upcoming provision is apparently based on the same system in case the user has already ended up sharing the security code. Additionally, leaked screenshots of the test show the update would also send users notifications anytime a user logs on another device from that particular account.