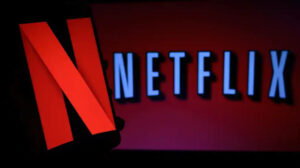 Netflix asks its ‘woke workers’ to leave if they are offended by its content.
Source: fox business

Recently, Netflix Inc visibly implied that workers who are unhappy with their content, can leave the company if they wished to. On Thursday, May 12, the company went ahead and released its updated corporate culture memo. In it, the video streaming service explained that they could expect employees to work on shows that could go against their own personal values.

Moreover, Netflix stated that would give full support to the artistic freedom of creators. They did so while bluntly letting the workers know that the company might not be the best place for them if they found it going against their values. If these workers find it hard to support the streaming giant’s diverse culture, which might be in the form of provocative shows at times, they could take their leave.

In its updated memo, Netflix Inc stated how they offer a diverse range of content in the form of ‘TV shows and movies,’ which might prove to be ‘provocative’ on occasion. The memo was titled ‘Netflix Culture- Seeking Excellence.’

“We offer a wide variety of TV shows and movies, some of which  can be provocative.”

The streaming giant further added how they are supportive of ‘the artistic expression of the creators’ they choose to work with in projects. They stated how they work for a ‘diversity of audiences and tastes,’ allowing viewers decide what is ‘appropriate for them.’ This is as opposed to the company itself censoring certain voices or artists in the field.

“As employees we support the principle that Netflix offers a diversity of stories, even if we find some titles counter to our own personal values.”

The memo specified how subjective to any employee’s role, they maybe required to work on content they may personally view as ‘harmful.’ The company made it clear that in case one finds it hard to support its ‘content breadth’ then Netflix may not be the ideal place for them.

Clearly, these guidelines are a result of the backlash recently faced against the show The Closer by Dave Chappelle. Reports suggest that Netflix decided to keep the show on the platform inspite of numerous objections. Critics reportedly branded it as homophobic and transphobic, leading to numerous workers staging a protest in the form of a walkout.

Moreover, the streaming giant confirmed to concerned authorities that a particular workers for sharing confidential data. They had reportedly leaked the data about the special by Dave Chappelle with an entity outside the organisation.

Notably, this come across as the first that Netflix goes on to update its memo since 2017. This comes following the video streaming service  facing a drop of more than 200,000 subscribers for the first tike in over ten years.