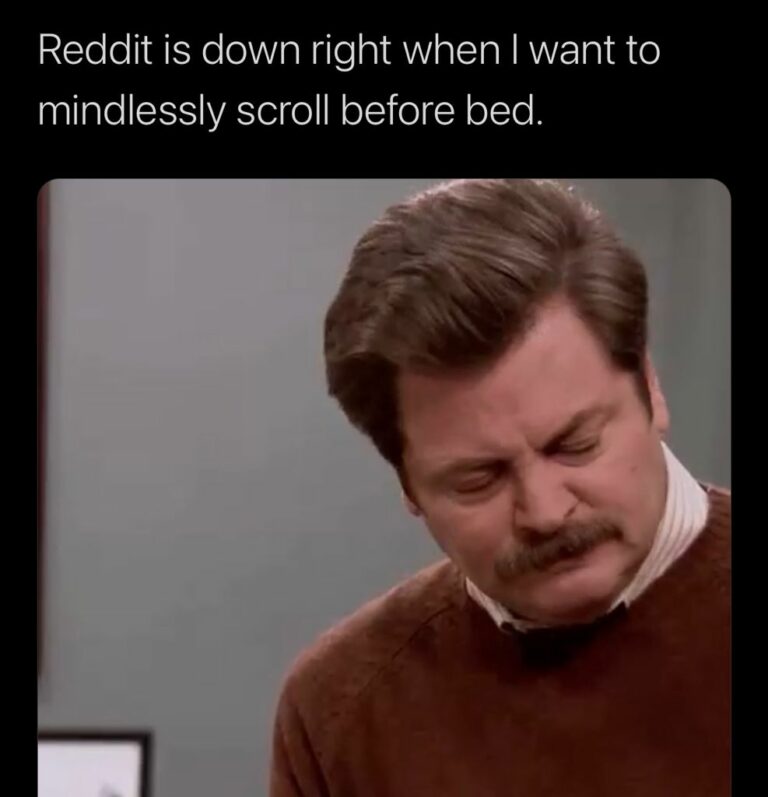 In an unlikely scenario, Reddit went down for an hour, and netizens dived straight to Twitter. After all, opening Twitter whenever some other apps close down is quite the norm these days. Seems like the apps are on a drive to let us down on a regular basis. Not so long ago, Instagram acted weird out of the blue and the majority of the users panicked thinking they were banned from the app. Although the flare-up of responses isn’t as extensive as it was when Instagram went down, there are a couple of responses worth looking at. While some people were expressing relief on discovering that they were not banned. Others were busy talking about how rarely they use Reddit(Although that did not stop them from taking part in the dialogue).

Reddit is down right when I want to mindlessly scroll before bed. pic.twitter.com/63HrUkL6vr

As soon as the app went down, responses began to pile up on Twitter. While some users were clearly displeased at the app being down for such a long time(mind it, by “long time” we mean just ninety minutes, although that can feel like an eternity when boredom strikes), others were just happy that they still have Twitter to scroll through and kill time. Let us glance through a few responses on Twitter.

Me!!! And so we all ended up on Twitter.

What terrifying activities are these people engaged in to think that they are banned every time an app goes down.

Thank god bro I thought I was banned😭

Now there is a poor soul we can all relate to.

I thought it was just me, reddit is down too.

And some people really don’t care.

That is what everyone is doing at the moment (basically at all moments).