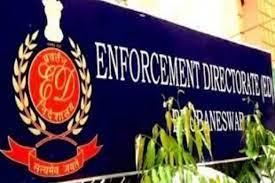 What Is The Case?

The premises of the fintech companies like Paytm, Razorpay and cash-free were searched by the investigating agency Enforcement Directorate. There are allegations that the companies allowed the sale and purchase of money believed to be run by fraud companies having Chinese links, some of whom have also indulged themselves in illegal betting activities.

The investigating agency found the indulgence of Indian Chartered accountants and directors in floating numerous companies. Reportedly at a later stage, the Chinese officials visited India intending to take ownership of companies.

According to reports, the Chinese used local for opening bank accounts in HSBI the credentials of which were shared with the Chinese. Later acting on the instruction of the Chinese, many similar websites were set up. These websites lured people for betting. There is the allegation that money acquired through such processes was transferred to China using fintech companies like Paytm and Cashfree.

What Have The Fintechs Said In Defence?

Razorpay said via a statement: “A few of our merchants were being investigated by law enforcement about a year and a half back. As part of the ongoing investigation, the authorities requested additional information to help with the investigation. We have fully cooperated and shared KYC and other details. The authorities were satisfied by our due diligence process.”

According to reports, this is not the first occasion where the RazorPay and Paytm have been found violating rules. According to the regulatory body, the liberal approach toward development led this development to flourish. As per reports, the investigating agency had decided to freeze a total of 47 crores belonging to a Chinese company in the year 2020 too. Reportedly, Alibaba has largely invested in Paytm.