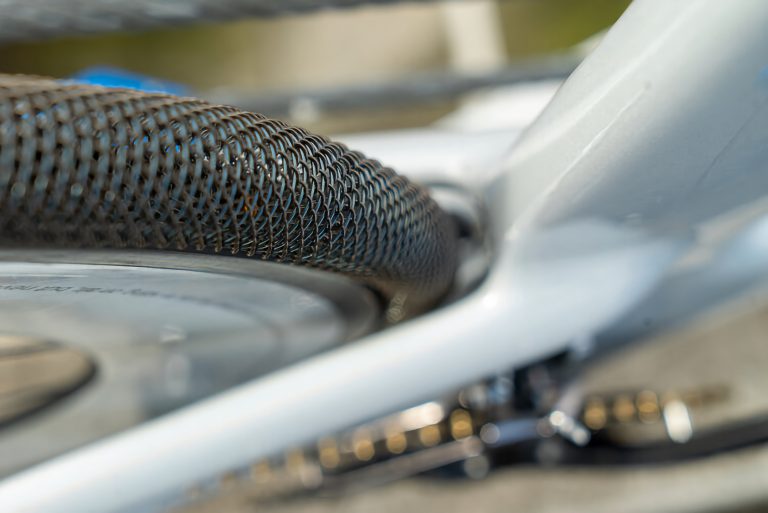 New Smart Airless Bike Tires Reportedly Uses NASA’s Technology To Avoid Punctures, Do Checkout A new Smart airless tires fitted bike was introduced on which reports claims that the technology involved on the cycle’s tire also called Metl tech was inspired from NASA, here is what you should know

NASA has channeled modern technologies into daily goods for more than 50 years. The materials of the space agency have slipped through everything from mobile and Digital camera image sensors to memory foam mattresses. It’s just a few days before their advanced tire technology has been added to the long list of so-called NASA spinoffs. An airless form memory alloy – initially developed for lunar and Mars rovers – used by a start-up named Smart to manufacture a bicycle pneumatic tire called Metl.

Smart says that the superelastic tires have been made like titanium to resist rough terrain without going flat, consisting of the intertwined springs that do not require inflation.

It is basically the dream that eco-conscious cyclists sick of dumping rubber tubes into the garbage will draw the promise of a puncture-free journey.

The SMA had been originally developed by NASA’s Glenn Research Centre, by adapting a standard elastic tire content into memory alloys that can withstand extreme reversible strains and deformations.

In order to battle scratches, NASA engineers are designing a tire that is versatile in its original form and can respond to uneven lunar-Martian terrains while also providing improved controls. Both these features, of course, talk of off-road cycling.

Smart has partnered closely with the space agency as a NASA-approved start-up on Metl pipes that will make them available to customers at the beginning of next year.