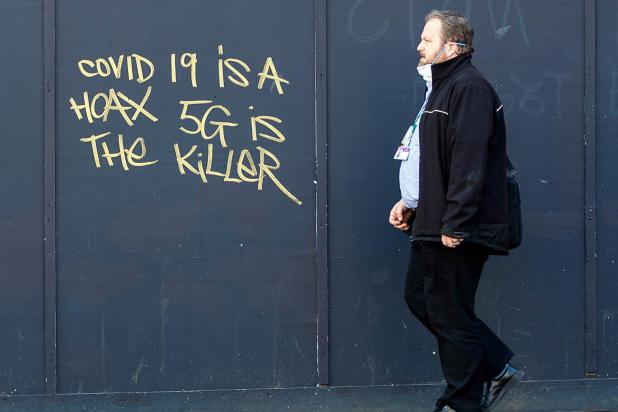 The Department of Telecommunications (DoT), under the Ministry of Communications India have recently noticed that there are a few several misleading messages that are being circulated on several social media sites and on the messaging apps. These messages make an accusation that the second wave of COVID-19 in India is caused by the testing and experimenting of the 5G mobile towers in the country.

According to the statement released by the DoT, whatever is claimed in these messages is all false and fake and absolutely not true.

The press released by the DoT on the official Press Information Bureau made a formal and official statement to the common public of the country stating that they are hereby informed that there is no link or connection in any way between the setting up of the 5G  technology and the spread of COVID-19. The DoT has also urged them to not be misguided by any of such fake messages and rumour and also not to misguide anyone by forwarding these messages.

The messages claiming the 5G technology to be connected to the COVID-19 pandemic are all false and are scientifically baseless. In addition to this, DoT has also informed to the public that any testing of any 5G technology has not started in India anywhere whatsoever. This makes the claim of 5G being linked to the pandemic absolutely baseless and false.

Mobile Towers emit only non-ionizing Radio frequencies that have very diminutive power and are hence incapable of causing any kind of damage to living cells including human beings. The Department of Telecommunications has set a few norms for exposure limit for the Radio Frequency Field (Bases Station Emission). These emissions are 10 times more harmful and stringent than the safety limit approved by the International Commission on Non-Ionizing Radiation Protection (ICNRIP) and also by the recommendations given by WHO.

The Department of Telecommunications have taken a few initiatives for the matter. It has created a well-structured process so that the prescribed norms are followed strictly.

Nevertheless, any citizen having any questions or hesitation regarding any mobile tower emitting radio waves past the safe limit prescribed by the department, they can put in a request on Tarang Sanchar portal for EMF measurements/testing.

To dispel the concern of general public regarding health effects of EMF emissions from the mobile towers, DoT has taken quite a few steps to create awareness among the public about EMF radiation such as Nation-wide Awareness Programme, distribution of pamphlets/ information brochure on various topics related to EMF, publishing detailed information on EMF related issues on the website of DoT, advertisements in newspapers, launch of “Tarang Sanchar” portal etc.