The Arbitrum One platform has already been used by more than 400 teams. Arbitron One, the highly anticipated Ethereum layer two platform created by Off-chain Labs, just had its optimistic rollup solution launched on its public mainnet.

A fundraising round worth $120 million was announced by Off-chain Labs on Aug. 31. Besides Polychain Capital and Pantera Capital, Polychain Ventures, Alameda Research, and Mark Cuban participated in the round. In addition to Ravi Mhatre, Lightspeed joined Off-chain Labs’ board of directors. As Amy Wu, another Lightspeed partner stated: They have the best and easiest-to-use scaling product available on the market… [Offchain Labs’] commitment to the Ethereum developer community is unsurpassed. This is why more than 400 projects, including Reddit, have chosen Arbitrum as their launching platform.”

The Arbitrum One platform, which was released in May by Off-chain Labs, is now available to developers. Arbitrum is a developer-friendly Layer 2 solution for the Ethereum network with a large ecosystem of support. Since the platform’s beta debut for developers in May, over 350 projects have signed up for access to the platform, which allows Ethereum users to transact with very cheap fees.

Off-chain Labs developed its technology in response to a growing demand for expanding Ethereum without jeopardizing the security of the Ethereum foundation layer. Projects with EVM compatibility can deploy without having to change the code in their contracts. 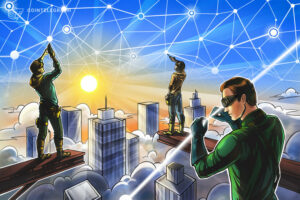 While at Princeton, the three wrote a research paper about the Arbitrum technology, which was released in 2018 after Ed returned from the White House. While at Princeton, the three founded Off-chain with the goal of scaling Ethereum and bringing it to the public. Ed and Steven are two of the writers of the primary textbook on cryptocurrencies, Bitcoin, for which Steven holds a Ph.D. from Princeton University.

It already powers a number of leading Defi protocols, including Aave, MakerDAO, Chainlink, and Uniswap. In addition, popular social media site Reddit announced earlier this month that it plans to launch its own layer-two rollup using Arbitrum’s technology.

On the Polygon sidechain, the full value locked (TVL) in decentralized finance protocols may have stabilized at $5 billion since the recent crypto downturn, and its rival rollups solution Optimism is onboarding developers.

Also read: Lukashenko has urged the government to mine cryptocurrency