Lukashenko has urged the government to mine cryptocurrency 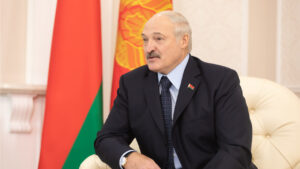 According to Russian news agency RBC, Lukashenko spoke at the opening of the Petrikovsky mining and processing plant on Aug. 27, urging people to pursue crypto mining in Belarus rather than low-paying farming jobs abroad. The Arbitrum One platform is already used by over 400 teams.

Belarus has enough electricity resources to power cryptocurrency mining, according to the president, who pointed to abandoned industrial sites that may be repurposed to create cash.

President Alexander Lukashenko urged officials to use available surplus electricity to harvest cryptocurrencies during a meeting at the state-owned enterprise Belaruskali, one of the world’s largest producers of potassium fertilizers. Belarusian employees are not sought overseas, except for agricultural occupations, according to the president.

“We must realize that they will not be waiting for us wherever. “And if someone is, it may be in the plantations,” Lukashenko said in a video posted to the First Telegram channel by Pool. Forklog and RBC, a Russian business news portal, both cited his speech. Guest workers were working on strawberry farms in Poland and Germany, according to Mr. Lukashenko.

The Belarusian president paid a visit to Pietrikav, a town in Gomel’s southern region, where he also attended the opening of a mining and processing factory. In his remarks, the president noted that the area had many vacant industrial sites and urged his audience to take advantage of the available space and sufficient energy by, for example, building greenhouses.

Belarus has a large number of abandoned industrial sites that might be used to produce cash through cryptocurrency mining, according to Belarusian President Alexander Lukashenko.

With a presidential decree that took effect in March 2018, Belarus legalized crypto-business activity, including mining. Alexander Lukashenko proposed in April 2019 that bitcoin farms be developed at the nuclear power station in the Grodno region near the Lithuanian border to utilize the extra electricity generated by the NPP.

Belarusbank, the country’s largest financial institution, launched a service in November last year that allows customers to buy and trade digital currencies using a Visa card. The Belarusian president, however, hinted at tightening the legislative framework for limiting the use of cryptocurrencies during a meeting with senior government officials in March this year, citing China’s experience in developing a digital society as an example.

Do you believe the Belarusian government will actively promote the development of the crypto mining industry? Let us know in the comments section.