Okta Inc. (OKTA) on Wednesday reported a loss of $221.3 million in its fiscal third quarter. The San Francisco-based company said it had a loss of $1.44 per share. Losses, adjusted for stock option expense and amortization costs, came to 7 cents per share.

The results beat Wall Street expectations. The average estimate of 12 analysts surveyed by Zacks Investment Research was for a loss of 23 cents per share.

“Our strong third quarter results reflect the continued shift to Identity-First architectures and the critical adoption of Zero Trust security environments, which are both propelling our market leading position,” said Todd McKinnon, Chief Executive Officer and co-founder of Okta. “We’re maintaining the momentum of both Okta and Auth0 and are making great progress on the integration. We’re already seeing early success cross-selling into each other’s customer bases and are on our way to capturing more of the massive identity market faster together.” 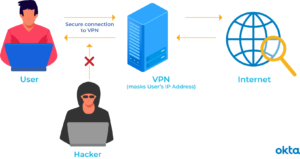 RPO, or subscription backlog, was $2.35 billion, an increase of 49% year-over-year. Current RPO, which is contracted subscription revenue expected to be recognized over the next 12 months, was $1.18 billion, up 57% compared to the third quarter of fiscal 2021.

Outlook for next Quarter

Investors should be mindful of the fact that the outlook for the industry can have a material impact on the performance of the stock as well. In terms of the Zacks Industry Rank, Internet – Software and Services is currently in the top 43% of the 250 plus Zacks industries. Our research shows that the top 50% of the Zacks-ranked industries outperform the bottom 50% by a factor of more than 2 to 1.