How Ola Cabs is competing with global giants by using localization strategy ! 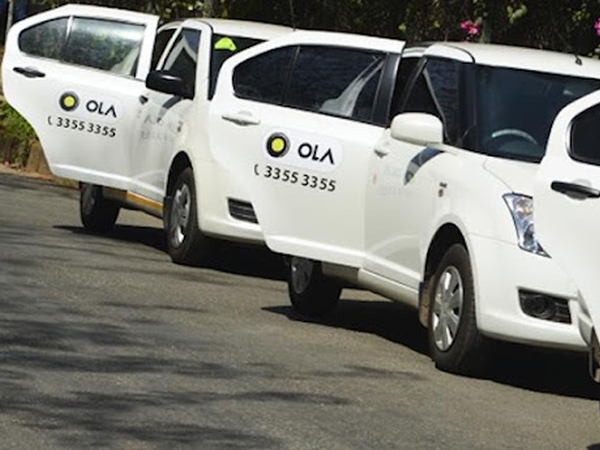 On 27th October 2014, Japanese tech powerhouse, Softbank confirmed that it had led a $210 million investment in Ola, an Uber-style service in India that aims to use technology to shake up and dominate the car-for-hire and wider transportation market in the country. This Series D round is by far the biggest round Ola has raised and takes its total funding up to nearly $277 million. Just as Uber has stormed the transportation market across the U.S. and a number of countries outside it, Ola has been steadily building a business at home. In this article we take a look at the business model and the localization strategy of Ola that has helped the company to compete with global giants such as Uber in India.

The company plans to focus on and expand in the Indian market only  and is customizing its operations to suit the needs of the local market. This focused approach has immensely helped Ola Cabs in driving its growth.

Ola Cabs is now live in 19 cities in India, launching 9 in the last two months. It currently has 33,000 cabs in its fleet and the main focus now is to bring in more drivers into its fold. Ola Cabs provides cab-booking services to customers through multiple channels but it does not own any cabs. They operate as a  technology company providing technology platform for transportation that helps connect customers and drivers better.Ola Cabs says they are “empowering” drivers to become entrepreneurs themselves.The company works with leading financial institutions that provide loans to help prospective drivers buy their cars outright, and it also offers training to ensure drivers are equipped to deliver a quality and safe experience for passengers.

The company operates like a market place similar to the business model of Amazon, Snapdeal and Flipkart. Any existing licensed cab owner can work for Ola Cabs. It is targeting to have on board a million driver partners in next three years.

To cater to the variety of need of the Indian population, Ola Cabs provides three different tiers of car service to suit different budgets: luxury sedan models, mid-range, and its Ola Mini range which it claims is priced on the same level as the humble auto rickshaw. The company has also been dabbling in extending the network of drivers to transport more than just people, recently delivering sweets during the Diwali holiday.

Beyond offering price flexibility, payment is an issue in India too, as it is across many parts of Asia. Ola Cabs lets passengers pay in a variety of ways, including cash.  Recently, it launched the facility of cashless payment by offering an in-app pre-paid wallet which will allow customers to recharge their account through a credit card. Ola Cabs earns revenue from each booking they  send to driver partners.

There are a variety of options provided for booking the cab as well. Ola Cabs allows customers to book on its website and even via a telephone number too. Around half of bookings come via the hotline, then there is the smartphone itself — adoption remains under 20 percent in India, but it is forecast to grow rapidly.

In November last year, Olacabs had raised its Series B round of funding led by Matrix Partners India for a big minority stake, with participation from existing investor Tiger Global Management. Although the company had not disclosed the amount at the time, media reports pegged it at $20 million. Prior to that, it had raised Rs 19.2 crore from existing investor Tiger Global in July the same year, which was believed to be part of the same round. Back in 2012, the company had raised over $5 million in its Series A funding from Tiger Global. Prior to that, it had raised angel funding from a bunch of individual investors, including Rehan Yar Khan and Anupam Mittal.

Online cab booking service providers have been one of the darlings of venture capital firms, attracting oodles of funding in the last year or so. In this segment, Ola is mainly competing with Google Ventures-backed Uber, which came into India last October, and domestic players such as TaxiForSure (backed by Accel Partners and Bessemer Venture Partners), Savaari, taxiGUIDE and Cabs24X7.