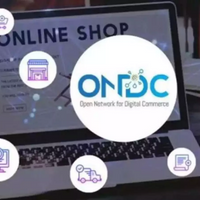 Customers in Bengaluru will be able to receive intercity delivery starting the following week on the government-backed e-commerce platform Open Network for Digital Commerce (ONDC).

After operating test programs within the city, ONDC has partnered with logistics service provider Shiprocket and will work on expanding to intercity delivery.

Few other online retailers will also launch on ONDC

The logistics division of Walmart-owned online retailer Flipkart, eKart, is also anticipated to launch on ONDC next week.

Along with Loadshare and Dunzo, ONDC has thus far concentrated on delivering goods locally.

Talking about the expansion, the initiative of SellerApp will be able to ship the Uttar Pradesh government’s One District One Product (UP-ODOP) initiative products to the customers in Bengaluru.

There were 28 active pin codes in Bengaluru as of October 25, from which 1,388 orders have been made.

Of these orders, 30% were for food and beverages, and 70% were for groceries. Already, the network has received 25 customer complaints.

T Koshy, CEO of ONDC, commented, “Initially, it will only be ODOP products which are mostly for home decor that will show on buyer apps like Craftsvilla, Mystore, and Spice Money for customers in Bengaluru. Later, as we onboard more sellers in other cities, customers will be able to order in categories like electronics, fashion, apparel, processed food, etc.”

Saahil Goel, the CEO of Shiprocket, commented on this and said they went live a few days ago. The pilot will be starting soon with ODOP products. With ODOP, most of their orders will be from UP to Bengaluru and various other cities (whenever ONDC begins beta testing for the public there). There are almost 19,000 unique serviceable pin codes in India, and they are active everywhere.

Goel added that they are the largest (logistics) network in India because they aggregate different carriers and other partners with networks. 100 million deliveries are already powered outside the ONDC coverage and are the largest provider to e-commerce merchants in India.

Invoicing will depend on zone rather than distance

Regarding invoicing, Goel explained that it depends on the zone rather than the distance traveled, on the city, area, metro-to-metro delivery, rest of India, or specific zones like Jammu and Kashmir or the Northeast.

The weight of the box, as well as its return-to-origin status, cash-on-delivery status, etc., all factor towards billing. It is based on a hub-and-spoke architecture and transit density rather than directly on kilometers, Goel explained.

The buyer apps Mystore, Spice Money, and Craftsvilla will have live listings for sellers that choose pan-India viability.

The ODOP items from 14 UP districts will be added to the catalog in Bengaluru, eventually including products from 75 districts. Most of these items are produced by artists. In addition to groceries, food, and beverages, ONDC is adding new categories, including home and décor.

He said that the majority of direct-to-customer (D2C) businesses would be able to benefit from this approach.

The following beta testing by ONDC will occur in November in a few Delhi pin codes.