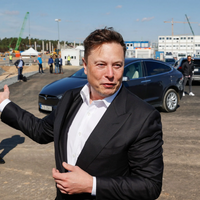 According to the data analytics website Subreddit Stats, a Reddit page devoted to the account was one of the fastest-growing subreddits on Friday. This happened after Elon Musk banned a Twitter account that monitored the whereabouts of Musk’s private plane. In just two days, the page r/ElonJetTracker had around 40,000 members.

Jack Sweeney developed ElonJet in 2020. It was an automated Twitter bot that often tweeted information regarding Elon Musk’s jet’s flight schedule and whereabouts as determined from available flight tracking and transponder data.

Sweeney predicted Business Insider that Musk would take action against his account when he revealed his plans to purchase Twitter in April. Instead, on Wednesday, Musk banned ElonJet, Sweeney’s accounts, and all of his other personas.

Sweeney told Insider that he was shocked and would continue to promote the accounts on other platforms shortly after being banned. After suspending several well-known tech journalists and accusing them of “doxing” him by writing about the ElonJet scandal, Musk drew even more criticism on Thursday night and Friday.

Considering Musk’s history of declaring he would prioritize “free speech” as the CEO of Twitter and his decision to pardon many previously banned users, including far-right influencers, many critics have criticized Musk for being hypocritical in his decision to restrict ElonJet and journalist accounts.

The statement featuring links to all of Sweeney’s ElonJet profiles across social media platforms is pinned to the top of the forum on the r/ElonJetTracker subreddit, which was launched on Wednesday.

The “About” portion of the subreddit states, “Given the recent attempt to hide this corporate jet’s location, which US taxpayers partially support, our community will work to make this publicly available information widely accessible.”

The coordinates of Musk’s plane were posted in many of the top posts on the subreddit on Friday, and Musk’s decision to remove the accounts was questioned. A person who posted a link to r/ElonJetTracker on Thursday claimed they had been banned from Twitter in a post that received over 1,000 upvotes.

The location of Elon Musk’s private plane is determined by publicly available information, which Musk last week blocked from Twitter.

From Elon Musk’s gleaming, multimillion-dollar Gulfstream G650 jet to commercial aircraft, flight data has long been available to the public. Musk is now claiming that releasing the position of his plane amounts to doxing. Doxing is a kind of online harassment that entails publishing personal information in a way that might harm you. Musk purchased Twitter for $44 billion in late October.