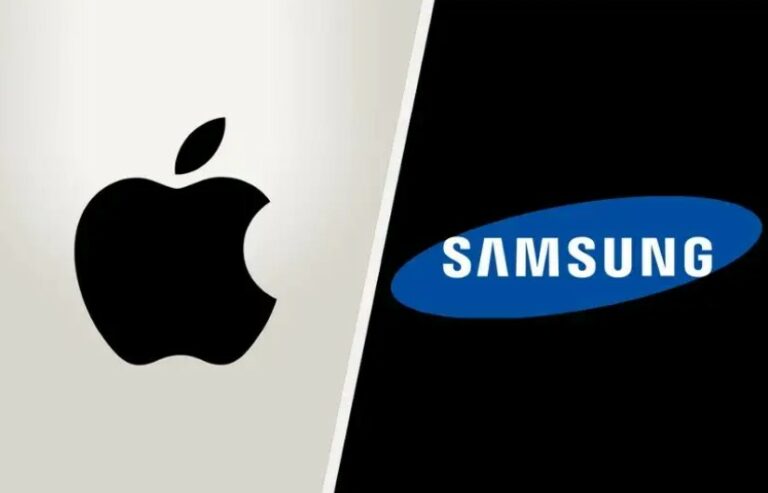 If you have been following the world of smartphones and technology, then you must be aware of the fact about how Korean giant, Samsung is seen making fun of the Cupertino giant, Apple.

Just like previous years, this year also we have the Korean giant, Samsung who has reportedly made fun of its main competition Apple. Let’s have a look at the scenario.

Samsung trolls Apple for not having a flip phone

With the heading itself, you must have got an idea about what is exactly happening between Samsung and Apple0 If we talk about the trolling here, the Korean giant was seen making fun of the Cupertino giant for not having any flippable smartphone in their list currently.

This trolling was seen in the World Cup-themed advertisement campaign launched by Samsung. Reportedly, the advertisement was launched on Samsung’s official Weibo account.

The Samsung Galaxy Flip phones seemed joyful and flip in the stands, but a few other smartphones resembling iPhones stayed in the throng and stood with sorrowful emojis displayed on their displays as they stared at the sea of Galaxy Flip phones.

A text message also stated, “It is time to fold together.” After the advertisement, the report resumes. “Please tell us when it folds,” Samsung wrote on Twitter. This appears to be a jab at Apple for not yet having a foldable iPhone.

Is Apple not planning for a flip smartphone?

The Cupertino giant, Apple has been working on many projects, and apparently, it also includes the project to build a dedicated flippable smartphone too.

When will this Apple flip phone released? If we talk about the release date factor, as of now, the smartphone’s development phase is still going on and anytime soon we will not get to see this smartphone make its way to launch.

But, if we go by leaks, definitely get to see a new smartphone to makes its way to launch soon and will be adding a completion in both flips as well as folding phones.

Has Apple reached the trolling?

After Samsung revealed the advertisement related to the world cup and also added a trolling element to Apple, just like every year, this year we don’t have any return claims coming out from Apple yet.

When will we get to see Apple Flip launch?

Talking about the launch side, as we mentioned! The launch of this Apple flip phone is still uncertain. But, we can say one thing this smartphone will be taking a lot of time to make its way to launch.