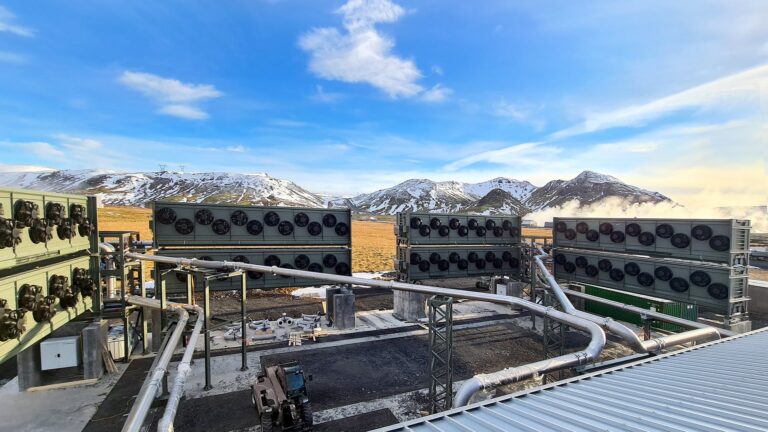 Orca, world’s largest Carbon capturing facility just opened in Iceland Think of it like a vacuum cleaner for the atmosphere

Carbon capture is the next big mission to save humanity, period! Carbon Dioxide along with other greenhouse gasses in the environment is harmful to our mother Earth and its protection is in the hands of humanity.

The United Nations and other environmental organizations are aware of this fact and in order to push carbon neutrality by the year 2050, they need to re-focus their ideas and agendas to capture Carbon Dioxide before it gets impossible.

Following this, the world’s largest carbon-capture facility just opened up in Iceland and it can suck Carbon Dioxide out of the air, something which makes it one of a kind in the technology industry.

The Carbon capture and storage facility in Iceland is named ‘Orca’ and it is developed by ‘Climeworks’. As mentioned in a report by Business insider, Orca took nearly 18 months to be built and it has been two weeks since it became operational. The report further mentions that the fans that capture Carbon from the air are embedded in shipping container-sized boxes, and once the Carbon from the atmosphere is separated, it gets mixed with water that travels through snaking, huge tubes deep underground, where the carbon cools down and solidifies to become rocks.

With this process being carried out, orca becomes the world’s first one-of-a-kind facility to have ever done something like this. However, it is not the first carbon-capturing facility, but this does something which other facilities do not.

Other facilities in the United States and other parts of the world are built mostly in industrial areas to prevent carbon exposure in the atmosphere, meaning that already existing Carbon capturing facilities does not do anything to remove greenhouse gasses already present in the atmosphere, they just prevent more carbon to enter the atmosphere which is equally important.

On the other hand, Orca is deemed to be one-of-a-kind because it removes already existing carbon from the atmosphere and processes it to solidify.

Julio Friedmann, an energy policy researcher at Columbia University says, “Think of it like a vacuum cleaner for the atmosphere”.

However, there is a cost to everything and there are several other plans associated with this project which need to be expedited in order to achieve 100 percent Carbon neutrality by the year 2050.

Peter Kalmus, a climate scientist says that if Orca works as planned, it can contain three seconds’ worth of humanity’s Carbon Dioxide emissions.

However, this is an extremely expensive standard to capture Carbon and clean the environment. Instead, to help out on your tiny part, everyone must plant more trees that basically do the exact same thing.