Republican lawmakers say China’s crackdown on financial technology may be an opportunity for the U.S. to push its advantage in innovation that is China’s Cryptocurrency Crackdown is an opportunity for America. China’s central bank published a statement on Friday morning declaring all cryptocurrency transactions and services unlawful, prohibiting coin mining operations, and threatening to prosecute citizens who use foreign cryptocurrency exchanges. 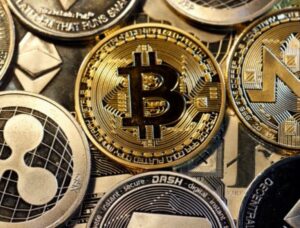 Several Republicans believe that China’s loss might be America’s gain. Tom Emmer told the Daily Caller News Foundation, “As these Chinese entrepreneurs search for possibilities elsewhere, we need to make sure our regulators welcome crypto opportunities, not shun them, so we can bring all of those tech jobs from China to the United States.”

Emmer, a member of the House Financial Services Committee and co-chair of the Blockchain Caucus, has pushed for legislation to preserve financial technology innovation such as bitcoin, claiming that digital assets will be a huge boon to the American economy.

“Decentralized technology, such as blockchain and crypto, is open source, which means that anyone, anywhere can access it, study the underlying code, and develop projects on it,” Emmer explained. “Anyone can create, raise funds, and extend opportunities for others.

Sen. Cynthia Lummis, a Republican, agreed with Emmer on the potential presented by China’s crackdown, suggesting that regulators should seek to protect financial technology innovation. Lummis told the DCNF, “China is squandering a major opportunity here, and we’d be remiss if we made the same error.” “I will continue to work with my colleagues in the Senate to ensure that we do not regulate digital assets out of existence.”

Lummis led an effort to change the bipartisan infrastructure measure that passed the Senate in August, aiming to fix a cryptocurrency reporting mandate that many in the industry considered unrealistic and constraining. He was joined by Republican Sen. Pat Toomey and Democratic Sen. Ron Wyden.

“China’s totalitarian attack on cryptocurrency, including #Bitcoin, presents a significant opportunity for the United States. It also serves as a reminder of our significant structural advantage over China,” Toomey wrote on Twitter.

While the United States’ cryptocurrency regulations are far more liberal than China’s, the Biden administration has made it clear that it wants to tighten up regulation of digital assets. Treasury Secretary Janet Yellen has expressed concern about the risks that cryptocurrencies pose to the market as a whole, while Securities and Exchange Commission Chair Gary Gensler has referred to the cryptocurrency market as a “wild west” and pledged to create a more stringent regulatory framework.

Toomey added, “Beijing is so antagonistic to economic freedom that they cannot even accept their citizens partaking in what is likely the most exciting financial innovation in decades.” “Economic liberty promotes speedier growth and, as a result, a greater quality of life for everyone.”

China’s crypto ban is the latest in a string of measures targeting the country’s private finance and technology industries. The country has placed severe restrictions on how Chinese technology businesses undertake initial public offerings (IPOs) on stock exchanges outside of China and has established rules reorganizing tech corporations that provide financial services, such as Ant Group.