Over 100,000 people have had their eyes scanned for free crypto Worldcoin unveils the "orb" scanner with the goal of reaching 1 billion people with cryptocurrency.

As a scheme to distribute digital money more freely around the world grows, more than 100,000 people have had their eyes scanned for a cryptocurrency called Worldcoin.

Worldcoin has given out roughly 30 “orbs,” or iris-scanning hardware devices, to early users on four continents who are rewarded for signing up new people. Orbs photograph a user’s eyes and generate a unique code that may be used to obtain free digital tokens. 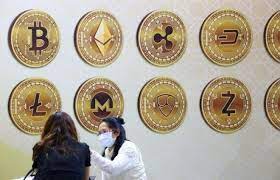 On Thursday, the project’s creators said they hoped to release hundreds of orbs in the next months, eventually distributing 4,000 per month. The team intends to launch the cryptocurrency network early next year and start handing away tokens thereafter. They haven’t specified how much cryptocurrency consumers will get.

Worldcoin is one of the most ambitious and sophisticated attempts to distribute cryptocurrency to the entire world’s population, analogous to the concept of universal basic income in economics. The idea has already been panned, and its creators concede that the “outcome is unknown”.

The orbs turn iris scans into unique strings of letters and numbers before permanently destroying the images, according to Alex Blania, cofounder of Worldcoin. The resulting code would simply verify if a user has already claimed a part of the Worldcoin tokens.

“Even if I had your iris code in some form or another, I’d have no chance on the blockchain to figure out who you are,” Blania said, referring to the digital ledgers that support cryptocurrencies. The ethereum blockchain serves as the foundation for Worldcoin.

According to Blania, around 130,000 people have joined up for the initiative so far, and the token will be valued as a technology for new financial applications.

Worldcoin’s team has raised $25 million in venture finance, including a round-headed by Andreessen Horowitz, which valued the firm, Tools for Humanity, at $1 billion.

Sam Altman, the project’s investor, and co-founder is a former president of the Y Combinator start-up accelerator. Altman has been a strong supporter of universal basic income, which is the idea of giving individuals free money on a regular basis.

Worldcoin intends to release a total of 10 billion tokens, with 80 percent going to users, 10 percent to investors, and the remaining 10% going to a foundation that would manufacture the orbs and build the network.

If users continue to sign up at present rates and the team accomplishes their orb distribution targets, Worldcoin estimates that it will reach more than 1 billion people during the first two years of the network’s operation.

People who sign up for Worldcoin will receive their entire allotment of tokens over time, according to a vesting schedule that Blania claimed is still in the works.

Orbs have been given by Worldcoin to 12 nations in Africa, South America, Europe, and Asia so far. According to the company, the most prolific orb owner has signed up over 10,000 people in Chile by hiring 20 workers who work in shifts.