Over Rs. 25 lakhs crowdfunded on ImpactGuru.com in just 2 weeks to save 19-year-old Anant from one of the deadliest brain cancer 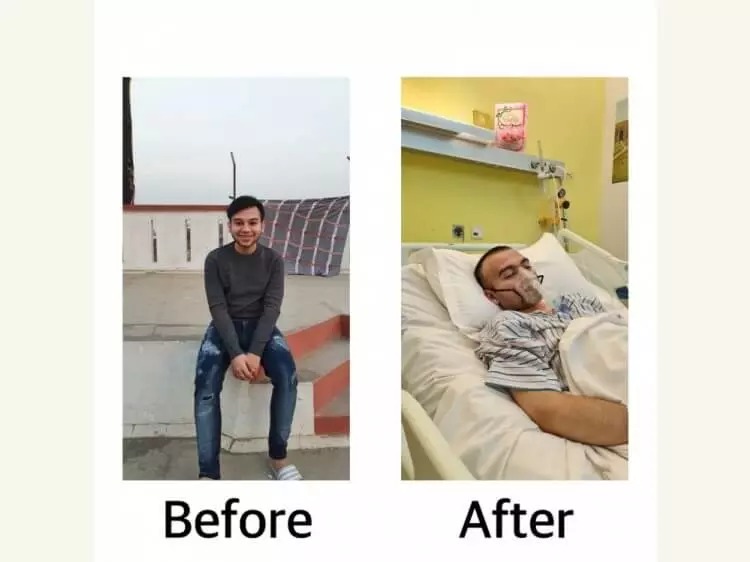 Lucknow’s Ruchi Tandon is raising funds for her 19 yrs old son Anant Tandon who is fighting Brain Cancer. He had been diagnosed with Diffuse Intrinsic Pontine Glioma (DIPG), which is a Grade IV cancerous brain tumor. It is a rare and one of the deadliest forms of brain cancer.

Diffuse intrinsic pontine glioma (DIPG) is a brain tumor that is highly aggressive and difficult to treat. It occurs in an area of the brainstem called the pons, which controls many of the body’s most vital functions such as breathing, blood pressure, and heart rate. DIPG tumors grow quickly, and symptoms usually develop in a short period of time (often about 1 month before diagnosis).

Something similar happened with Anant, he started experiencing constant lightheadedness, difficulty walking, facial weakness, arms and legs weakness, unbearable headaches, swallowing difficulties, blur vision and double vision, all of these within a span of just 3 weeks. Anant’s parents immediately rushed him to the doctor and after a series of CT scans and MRI they were given the dreadful diagnosis of DIPG on May 23, 2021.

Without wasting any time, they took him to Delhi, where the doctor told them that surgery to remove a DIPG tumor is impossible because of its diffuse nature. It is not a solid tumor but rather mixed in with healthy brain cells. For DIPG tumors there is a standard course of treatment that includes oral steroids, radiation therapy and then either compassionate care or clinical trials.

A biopsy was also performed at Medanta Hospital, Gurugram by Dr. V. P. Singh, which confirmed the DIPG tumor and H3.3K27M mutation on June 1, 2021. A surgery was also performed to place a VP Shunt in his brain to relieve the pressure on June 10, 2021. He then underwent radiation therapy, which was all very traumatizing for him as he had to stay in the hospital for a duration of 49 days.

Now that he had completed his radiation therapy clinical trials were our last hope for a miracle and fortunately enough Dr. Sabine Mueller from University of California, San Francisco is ready to give him admission in the ONC206 trial which is going on under her supervision both in the USA and Zurich, Switzerland. She recommended them to take the treatment in Switzerland as it is much more easily approachable from India as compared to the US.

The expected duration of the treatment shall be 2 years and for the first time Anant shall have to be there for 6 weeks and then physically visit the hospital in Zurich, Switzerland once every month for a duration of 2 years straight. The cost for the entire treatment shall be between 1 to 2 crores and travel, accommodation and living expenses shall be additional.

Piyush Jain, Co-Founder and CEO, ImpactGuru.com said, “Cancer is amongst the Top 3 categories on our healthcare financing platform that raise the maximum amount of funds. High awareness of this long-term illness, hefty cost associated with Cancer care and the sense of urgency to ensure timely treatment contribute to the large wave of generosity amongst the public for Cancer led crowdfunding campaigns.

The fastest Cancer case fundraiser on ImpactGuru was from last year, Rs. 2 crore raised in 48 hours.”

The fundraiser has so far received tremendous support across the country. Impact Guru has raised over Rs. 27 lakhs cumulatively contributed from over 1115 donors. All details mentioned in the fundraiser link:https://www.impactguru.com/fundraiser/help-anant-tandon