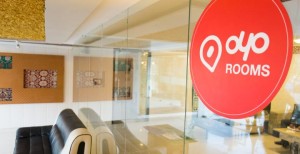 May 16, 2016: OYO Rooms, an online aggregator of branded hotels has expanded its territory by marking its presence in the north-east by offering more than 250 standardised rooms in Gangtok and Darjeeling.

OYO Rooms Founder said  in a statement, “We have made significant investments to expand our presence in key tourist destinations in the north-east like Gangtok and Darjeeling. Our teams have worked very hard to deliver OYO’s level of standardisation of guest experience in the hotel”.

He further added,”The hospitality sector is still underdeveloped in the north-east and we are certain that the introduction of OYO’s standardised affordable stays will attract more tourists”.

More than 250 standardised rooms are offered by the company at rates as low as Rs 999 per night in Gangtok and Darjeeling and premium rooms for Rs 2,500-4,000 per night.

OYO Rooms are available in popular tourist spots like Tiger Hills and Mall Road in Darjeeling, and Tsango Lake, MG Marg in Gangtok.

Stationed at prime locations, these hotels endow travellers with the bliss of the scenic view of the Himalayan range, including the breathtaking snow-peaks of Kanchenjunga, straight from their rooms.

“We receive queries for north-east from across the country, but Darjeeling and Gangtok receive the highest number of queries from Kolkata (40 per cent) followed by Gujarat, Maharashtra and Delhi (15 per cent each)”, addded Agarwal on speaking about the current business trends.

Kolkata accounts for 30 per cent of the bookings in Darjeeling and Gangtok while Delhi contributes 12 per cent bookings in the region, he said.

He also added that 65 per cent of the bookings for these destinations are driven by our mobile app with the rising penetration of smartphones.

Also Read: Oyo Rooms Gets Backing Of $100 Million From Softbank and Others