Sundar Pichai, CEO of Google, and Satya Nadella, CEO of Microsoft, have both been awarded the prestigious Padma Bhushan, India’s third-highest civilian honor for the remarkable service of a high order. N Chandrasekaran, chairman of Tata Group, will also receive the Padma Bhushan. 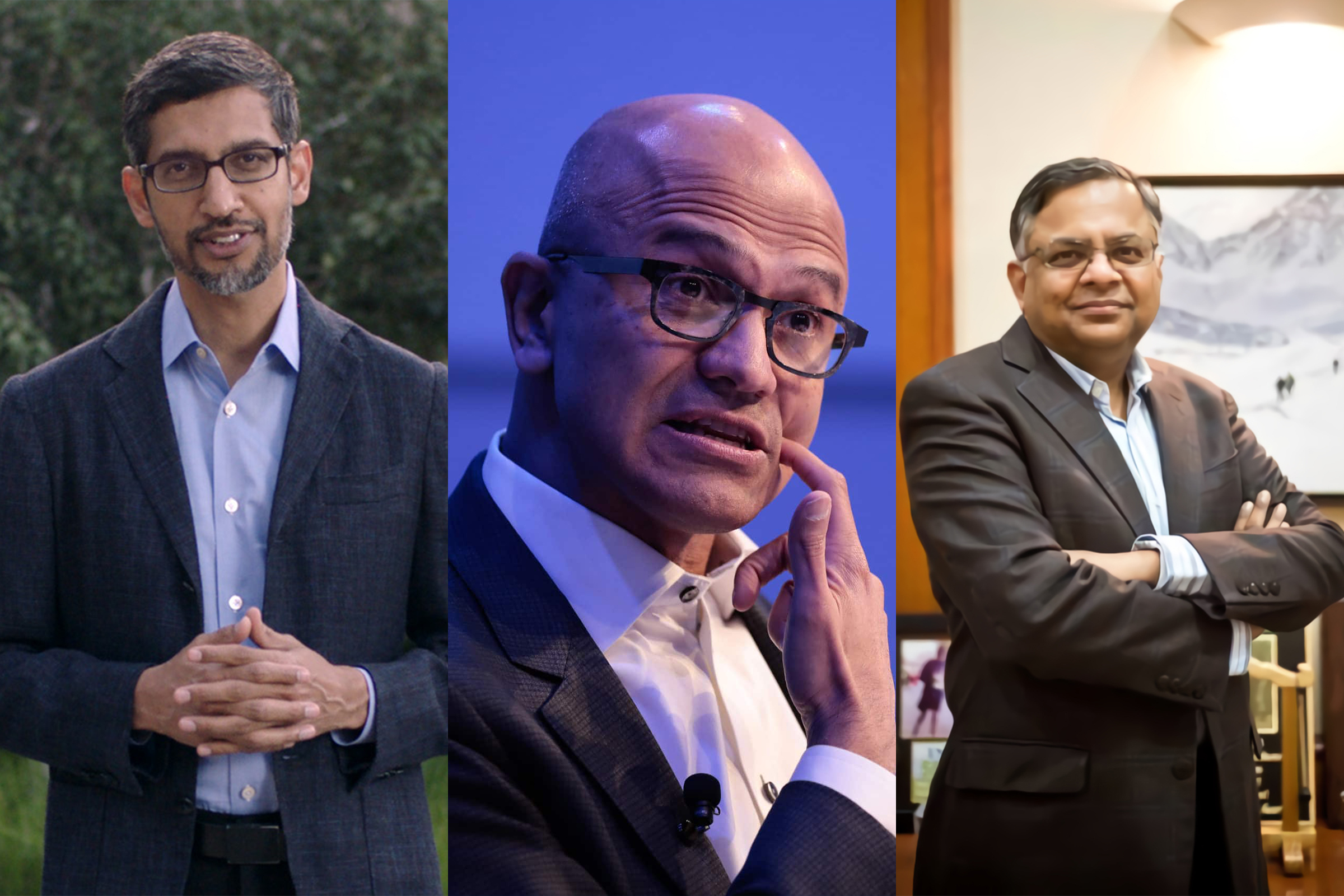 The President of India has approved the conferral of 128 Padma Awards this year, including four Padma Vibhushans, 17 Padma Bhushan, and 107 Padma Shri Awards. There are 34 women among the 128 recipients, as well as 10 foreigners/NRI/PIO/OCI with 13 posthumous awardees.

Pichai and Nadella have been awarded the Padma Awards in the “trade and industry” category, according to a government notification issued on the eve of India’s 73rd Republic Day. Sundar Pichai, who is of Indian origin, was appointed CEO of Google in 2015. When Google founders Sergey Brin and Larry Page chose to step down later in 2017, Pichai took over as CEO of Google parent firm Alphabet Inc.

Pichai graduated from IIT Kharagpur with a bachelor’s degree in metallurgical engineering. He relocated to the United States to pursue a master’s degree in materials science and engineering at Stanford University. He later earned an MBA from the University of Pennsylvania’s Wharton School. Pichai, 49, joined Google in 2004 and has been the driving force behind countless technologies, including Google Chrome Browser and Chrome OS. He has also played an important role in the incorporation of other Google services including Maps, Drive, and Gmail. He was also the leading force behind Google’s Android project as well as the new video format WebM.

Nadella, who was born in India, has been with Microsoft for 30 years. Nadella was born in Hyderabad, present-day Telangana, and earned his bachelor’s degree in electrical engineering from Karnataka’s Manipal Institute of Technology. Later, he traveled to the United States to pursue a master’s degree in computer science at the University of Wisconsin. He completed his MBA from the University of Chicago Booth School of Business in 1997. Nadella is also recognized with the purchase of Mojang, a Swedish game studio best known for the computer game Minecraft, followed by Xamarin and, later, LinkedIn and GitHub. Since taking over as CEO of Microsoft in 2014, he has seen the company’s revenue grow by an average of 20 percent year on year (YoY).

With Nadella’s appointment as CEO of Microsoft, an era of Indian-born executives commanding big technology companies started. While working for major American corporations, the Padma Bhushan awardees recognized India as an important part of their companies’ success stories.

N Chandrasekaran began his career at Tata Consultancy Services (TCS), which he joined after graduating from university. He moved through the ranks of TCS to become its CEO. Following that, he was appointed chairman of salt-to-software conglomerate Tata Group.