Paytm To Spend Rs.600 Crore On Branding And Marketing 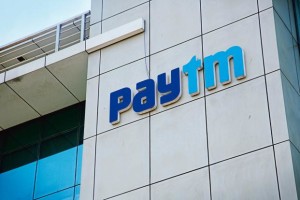 The company, which was issued an in-principle license by the Reserve Bank of India last August, to launch payment banking operations in the country, will utilise the amount across media platforms, including, television, digital print, radio and out-of-home advertising.

Shankar Nath, senior vice-president, Paytm, “We are looking at increased saliency around our money transfer, which includes, person-to-person payments at kirana stores and petrol pumps bill payments and movie ticketing businesses. We expect a minimum 40 per cent jump across all these categories.”

Of the Rs 600 crore earmarked towards marketing for the financial year ending March 2017, Rs 50 crore has been set aside for television commercials, which have already started airing.

Shankar Nath said, “With this television commercial, we aim to highlight the range of categories and functionalities that Paytm brings to our users and how they can leverage it in their daily life. We have also ensured consistency and continuity with our previous advertising campaign, and taken it to the next level.”

The marketing spend will also include propping up the Noida-based company’s existing mobile commerce business, which competes with the likes of Flipkart, India’s largest ecommerce company, Snapdeal, the country’s largest online marketplace, Amazon India. The company, which is backed by Chinese ecommerce behemoth Alibaba Group, and its affiliate Ant Financial, has been on a advertising spree over the last 12 months.

Paytm struck a title sponsorship deal with with Board of Control for Cricket in India (BCCI), the apex body which controls Indian cricket, to sponsor domestic and international matches in the country for a period of four years, for overRs 200 crore in last July.

According to Nath,the company had spent upwards of Rs 500 crore last fiscal as well.

“We launched our iconic PaytmKaro campaign with the IPL last year, and followed it up with a plethora of tactical business support campaigns which were very well received electricity bill payments, metro, bus ticketing & offline payments vertical, to name a few,” he said.