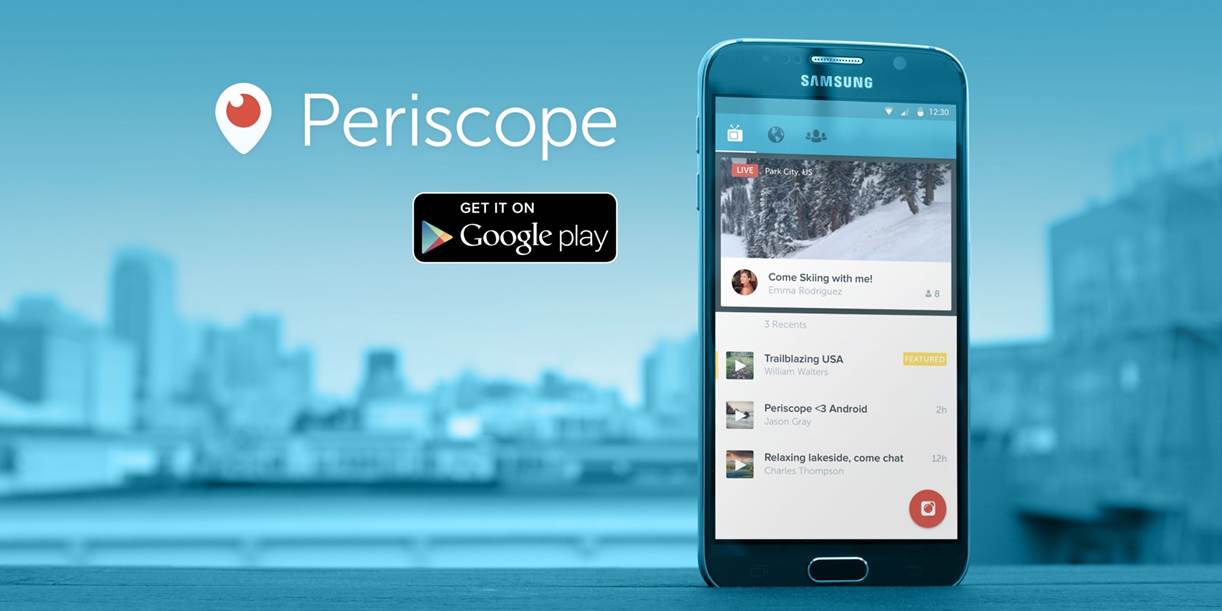 Get Periscope on the Google Play Store

26th May 2015 : When we started Periscope, we wanted to build the closest thing to teleportation — by providing users with the best way to start or watch a live video broadcast. As a small startup, our initial launch was limited to just iOS, but we’ve been working really hard to craft an experience that feels special on Android, yet still unmistakably Periscope. Today, we’re excited to announce the launch of Periscope on Android!

Android owners using Version 4.4 (KitKat) and above can download Periscope from Google Play. Periscope on Android has all the same core features that Periscope users have come to love: start a public or private broadcast, choose to allow comments from just those you follow, and interact with a broadcaster by chatting or sending hearts. There are a few things that are unique to Android:

Periscope on Android makes it easy to resume where you left off.

During Twitter’s earnings call on April 28th, Twitter gave its first official news about the growth of its live streaming video acquisition -Periscope. Twitter CEO Dick Costolo  has said that more than 1 million people signed in into the app within the first 10 days itself.

If Twitter is a way to instantly know what someone’s thinking, Periscope instantly shows you what they’re seeing. Whether it’s for news, celebrities connecting with fans, or simply interesting content.

The biggest challenge seen in the wide success and adoption of Periscope is the use of this app when users are on a data connection. Streaming a video while not in a wifi can significantly increase phone bills for users. This might be a huge hindrance in the app getting widely used at all times.

This is just the beginning for Periscope on Android. We have many exciting features and improvements in the works, so please follow us at@periscopeco to stay updated.