Peter Foster, an Australian serial con artist, has been caught six months after he failed to appear in court in Sydney for an alleged Bitcoin fraud. 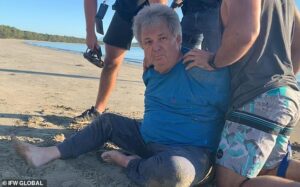 Mr. Foster, 59, is accused of cheating a Hong Kong man out of A$1.7 million in cryptocurrency (£900,000; $1,2 million). He was apprehended in Queensland last year and deported to New South Wales, where he allegedly fled after being granted bail.

On Tuesday, he was apprehended in the state of Victoria. Mr. Foster is accused of impersonating William “Bill” Dawson for an online scam. Between April 2019 and January 2020, police say he received money from the Hong Kong guy in multiple tranches, ranging from roughly A$125,000 to $890,000.

He is accused of fraud to gain a financial benefit, as well as releasing false or misleading material to gain an advantage.

He was on tight bail conditions at the time he went missing, which included surrendering his passport, wearing an electronic ankle bracelet, and not using the internet or a cellphone.

He was also prohibited from leaving Sydney unless he had a medical emergency or was meeting with the police or his lawyers. After failing to appear in court on May 20, Mr. Foster has proclaimed a fugitive. On Tuesday, he was apprehended by the Australian Federal Police in Gisborne, roughly an hour northwest of Melbourne.

During the 1980s, he went from Australia to the United Kingdom to the United States to advertise a type of tea he said was an “old Chinese weight loss secret,” forming a string of firms to market the tea.

In truth, the tea was ordinary black tea, but Foster moved the nation and set up shop every time a company was investigated. He was later imprisoned in the United States as a result of the fraud.

When he returned to the UK in the 1990s, he was arrested for promoting ‘thigh reduction cream,’ but he absconded while on day release and returned to Australia. Foster was detained in Australia on a British warrant, absconded, was re-arrested, and spent extra time in prison in both countries.

Mr Foster has been involved in a number of high-profile scams, the most famous of which involves former UK Prime Minister Tony Blair and his wife Cherie Blair in 2002.