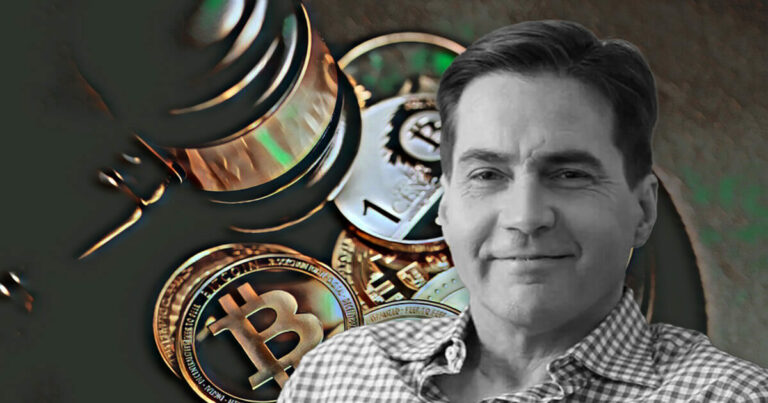 According to the Associated Press, Craig Wright, a computer scientist who claims to be Bitcoin’s creator, won a civil action on Monday, allowing him to keep approximately $50 billion in cryptocurrency, or 1.1 million Bitcoin.

The Bitcoin in question was one of the first to be mined, and it could only be controlled by people or entities who had been engaged with the cryptocurrency since its inception, such as Satoshi Nakamoto, Bitcoin’s founder.

The lawsuit was won against the family of David Kleiman, a deceased business partner who claimed half of the 1.1 million Bitcoin was owed to them. They weren’t owed the Bitcoin, but a Florida jury awarded a joint venture between Kleiman and Wright $100 million in intellectual property rights. This is only a small amount of what Kleiman’s counsel asked throughout the trial, according to the Associated Press.

“This was a tremendous victory for our side,” said Wright’s lead lawyer, Andres Rivero of Rivero Mestre LLP. The jury heard testimony about how Bitcoin was created and how cryptocurrency operated, according to the Associated Press. The jury deliberated for a week, with jurors questioning both sides’ lawyers and the court on the workings of cryptocurrencies and Wright and Kleiman’s business ties. Jurors signaled to the court that they were deadlocked at one point.

The cryptocurrency world will be looking on Wright to show he is Bitcoin’s creator, as he promised during the trial, according to the Associated Press. This would bolster Wright’s assertion that he is Nakamoto, which he first asserted in 2016.

According to the Associated Press, the jury heard testimony regarding how Bitcoin was formed and how cryptocurrency worked. They weren’t owed the Bitcoin, but a Florida jury awarded a joint venture between Kleiman and Wright $100 million in intellectual property rights. This is only a small amount of what Kleiman’s counsel asked throughout the trial, according to the Associated Press.

According to the Associated Press, the cryptocurrency world will be watching Wright prove he is Bitcoin’s creator, as he promised during the trial. This would support Wright’s claim to be Nakamoto, which he initially made in 2016.

The roots of Bitcoin have always been a bit of a mystery, which is why this trial has gotten so much media attention. During the height of the financial crisis in October 2008, a person known only as “Satoshi Nakamoto” published a paper outlining a framework for a digital currency that would be decentralized and not be bound by any legal or governmental authority. A few months later, mining for the currency began, which involves computers solving mathematical equations.

The term Nakamoto, which roughly translates to “at the center of” in Japanese, was never thought to be the genuine name of Bitcoin’s developer. Some members of the cryptocurrency community doubt that Nakamoto was a single person.

A significant percentage of the bitcoin world has questioned Wright’s claim that he is Nakamoto. All Bitcoin transactions are public due to their nature, and the 1.1 million Bitcoins in question have remained untouched since their birth. Members of the Bitcoin community have repeatedly demanded that Wright shift a small portion of the money to a different account to confirm ownership and demonstrate that he is as wealthy as he claims.

David Kleiman, who was 46 years old at the time of his death, died in April 2013. His family, led by his brother Ira Kleiman, has alleged that David Kleiman and Wright were close friends who collaborated to build Bitcoin. Kleiman’s estate was seeking half of the Bitcoins as well as intellectual property rights.