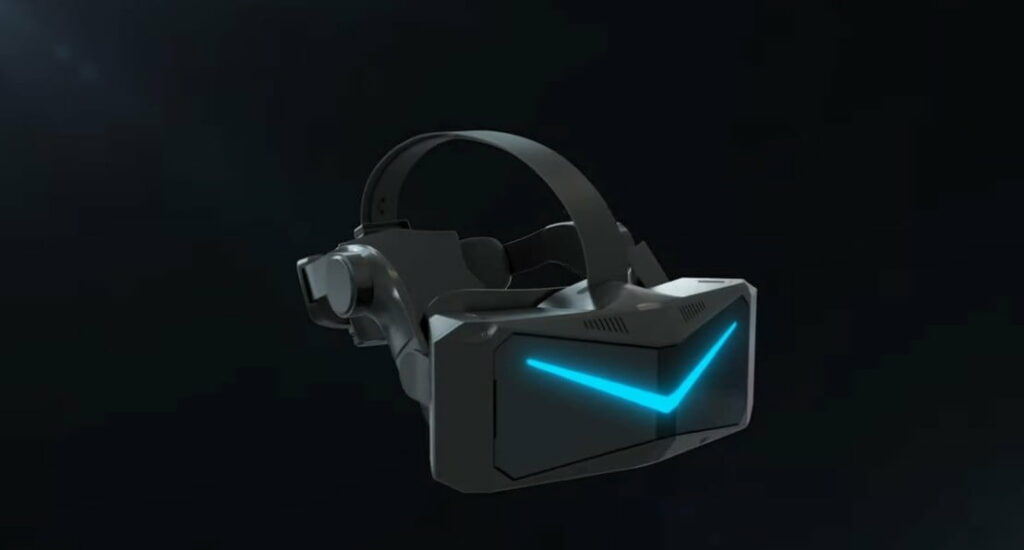 Virtual reality appears to be ready to become more real than ever before, due to a new VR headset. Pimax, a manufacturer of virtual reality equipment, has announced the imminent introduction of a new 12K QLED VR headset with features such as eye-tracking, full-body tracking, and frame rates of up to 200Hz. The Pimax Reality 12K QLED headgear is part of the company’s foray into the metaverse and a step toward delivering complete realism to VR.

During today’s Pimax Frontier event, business executives spoke at length about the product’s goals: naturalness, self-awareness, and freedom. Pimax wishes to incorporate these characteristics into virtual reality and the metaverse, allowing individuals from all over the world to engage and explore virtual worlds together. While VR technology currently allows for some of this, Pimax hopes to take it a step further with their new Reality 12K QLED VR headgear.

Pimax’s Gemini technology will be used in the new headgear. This gadget will run on two distinct engines, combining the quality of PC VR headsets that stay connected at all times with the independence of stand-alone headsets. Pimax has collaborated with Nvidia to improve the graphic quality of these headsets. Nvidia’s DLSS, VRSS, DSC, and Cloud XR technologies are stated to be used in the latest version.

Pimax’s bespoke PC VR engine is the first, while Qualcomm’s Snapdragon VR engine is the second. The combo is meant to improve visuals when used alone, giving users more options at a low cost to quality.

The headgear is touted to deliver resolutions of up to 12K in PC VR mode, with refresh rates ranging from 90Hz to 200Hz, a first for Pimax. It will also have a horizontal field of vision of 200 degrees (HFOV).

When utilized in stand-alone mode, the quality lowers slightly, but not significantly enough for consumers to complain. Wireless resolutions of up to 8K are possible, with a maximum refresh rate of 120Hz and a 150-degree HFOV. 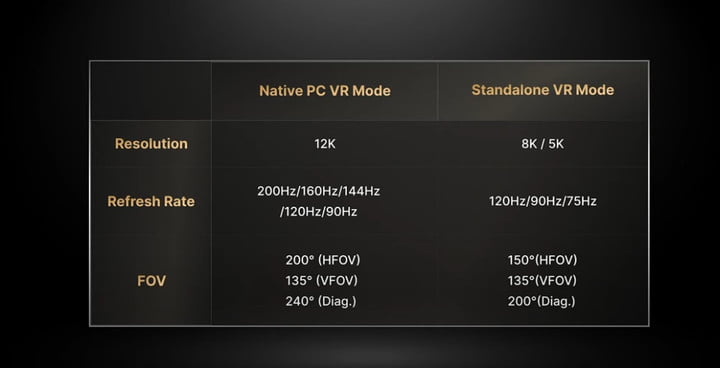 Pimax chose mini-LED and QLED technology over LCD and OLED technologies in order to achieve full realism. This is something that Apple has used in their most recent MacBook Pros. Pimax Reality’s 5.5-inch display will include 5,000 tiny LEDs, providing a wide color spectrum, deep blacks, and dazzling contrasts.

Pimax has announced additional possibly game-changing statements about the new headgear. The new VR helmet is believed to include 11 cameras that will capture eye movement, facial expressions, hand movement, and possibly whole-body movement. It is also stated to be equipped with Wi-Fi 6E technology for fast and lag-free streaming.

Because such powerful VR headgear would demand a monster gaming PC, Pimax also hinted at the development of a so-called mini PC/game console. This device, which is only compatible with Pimax technology, is meant to act as a type of VR station. It will be a portable option for VR aficionados that is powerful and equipped with cutting-edge components.

It is not inexpensive to enter the world of high-level virtual reality. The headsets will cost $2,399, although owners of existing Pimax equipment may be eligible for a price cut. The new Pimax Reality range will be available in late 2022, just in time for the Christmas season, according to the business. Given that Pimax’s previous 8K X VR headset was nothing short of spectacular, it appears that VR aficionados may have something to save up for.