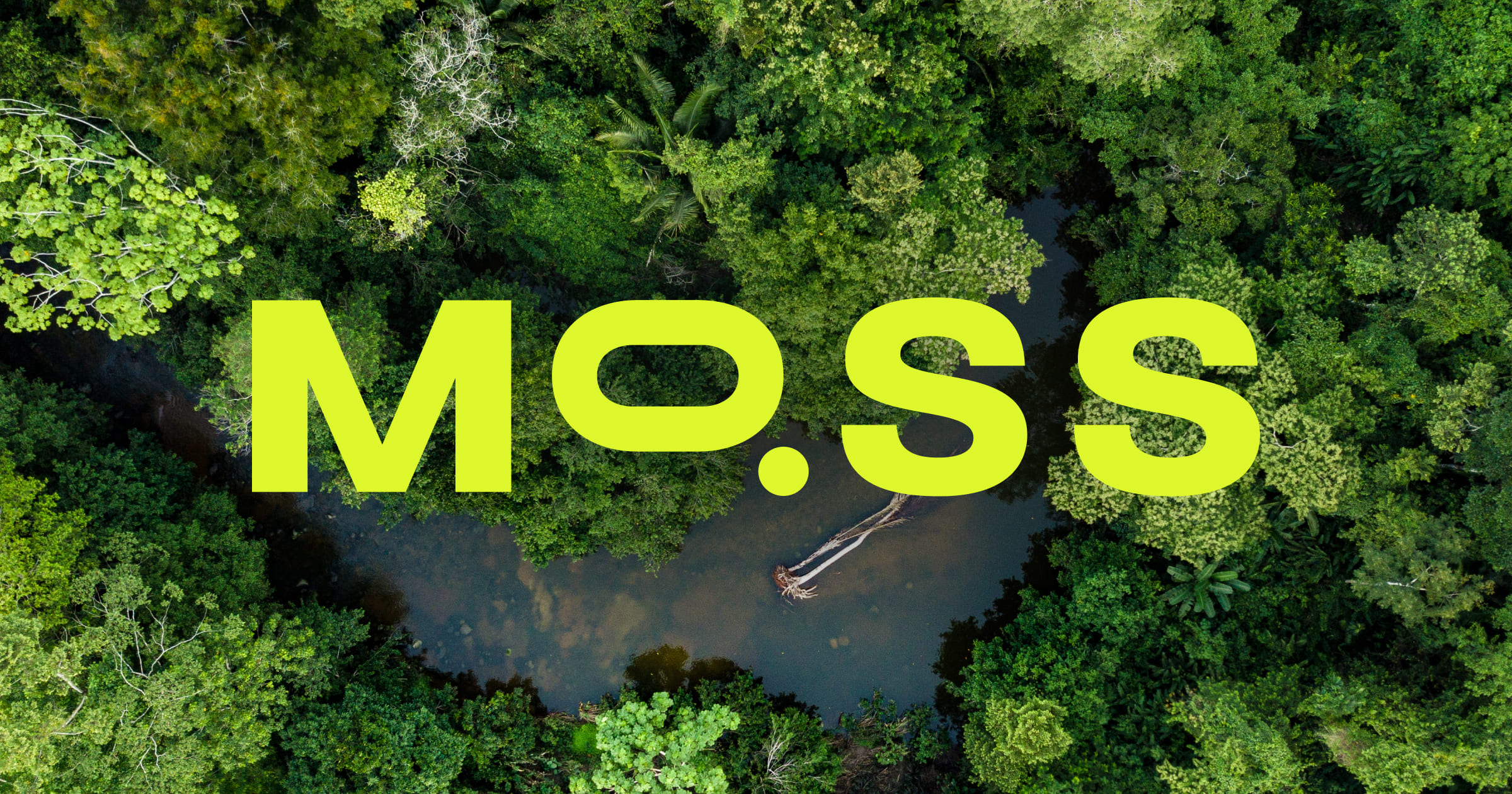 For a long time now, crypto has been one such industry that has managed to dominate the entire global marketplace with respect to payment systems and investment strategy. Also, crypto has successfully managed to make a name for itself and has been more than successful in luring in potential investors from all across the globe, thus helping it to reach greater heights!

Crypto is nothing but a form of online or virtual currency which can be made use of for a variety of purposes including the purchase and sale of goods and services as well as for the purpose of trade and exchange over cryptocurrency exchanges available over the web.

In other words, crypto is simply a decentralized platform that uses blockchain technology for all its operations. Being decentralized, the industry becomes more than capable of stepping outside the overall control jurisdiction of central authorities and can work freely without any unnecessary government interference as well.

Unlike when the industry was first introduced, there are pools of currencies available today in the marketplace to choose from with newer ones coming in with each passing day and tons of new investors joining in every hour.

Speaking of a lot of currencies available today in the marketplace, some of the most popular ones worth investing in include Bitcoin, PnacakeSwap, Binance Coin, Polkadot, Ethereum, Dogecoin, Baby Doge as well as EverGrow Coin to name just a few of course. 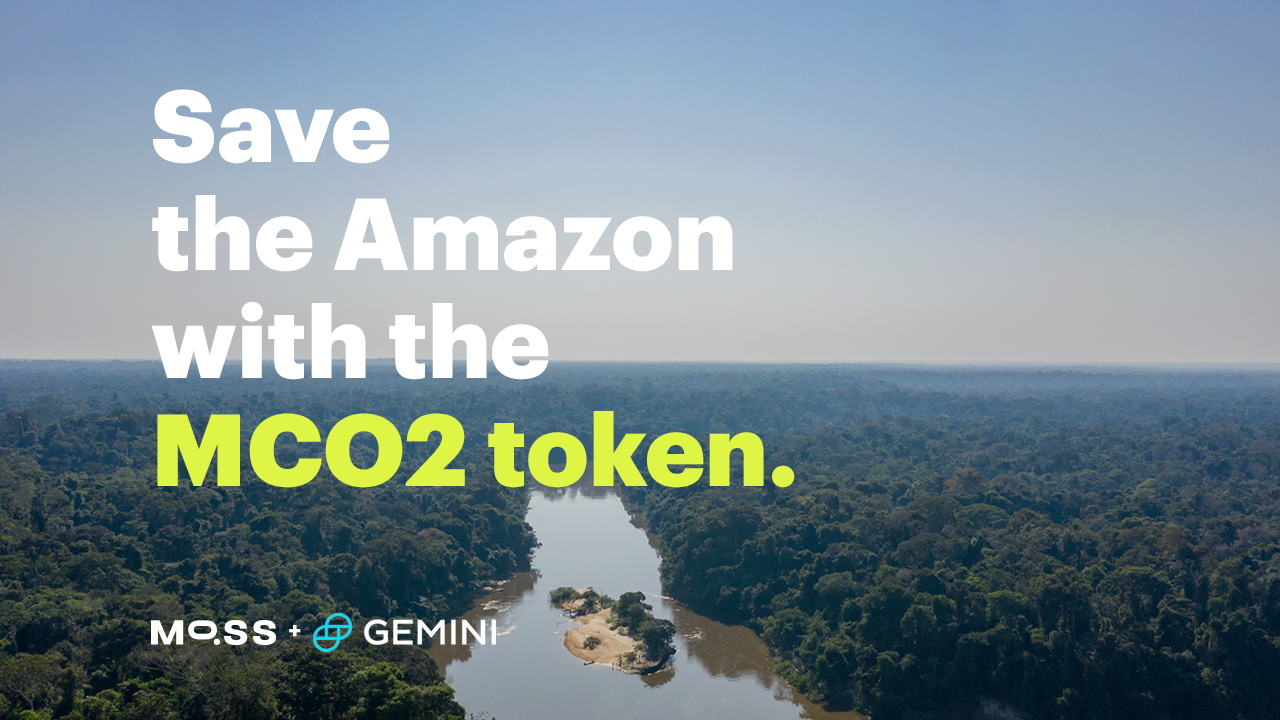 Seeing how far the industry has managed to come since its initial days and the fan base it has created, one thing that comes to mind is how did this happen so rapidly? If so, let me tell you that, some of the major contributing factors for this extraordinary success of the industry include its negligible response time, portability, real-time updates, the convenience it offers, ease of use as well as its highly intuitive nature of course.

Now that you have a brief backstory about the crypto world, you will be able to have a much better understanding of what we have with us today, Moss Carbon Credit. To know more, I suggest you read further!

Everything to know about Moss Carbon Credit (MCO2) 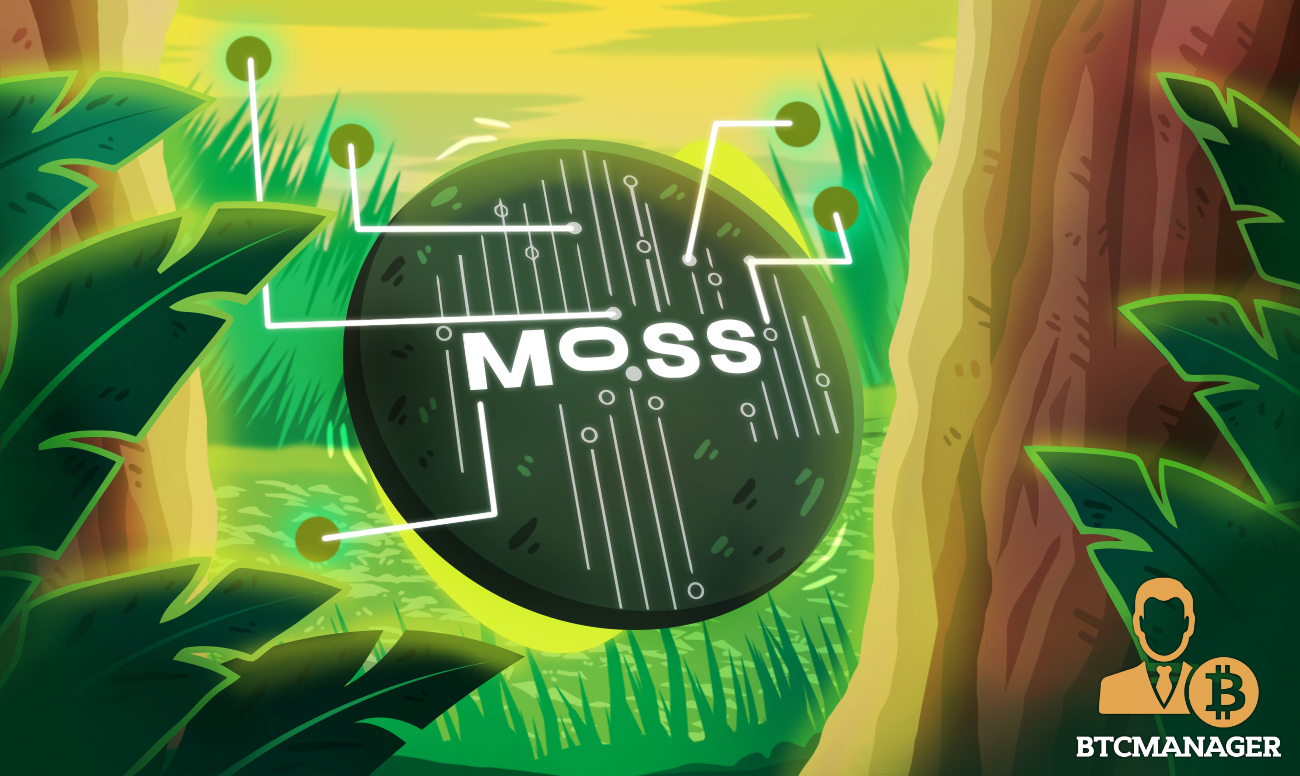 Moss Carbon Credit as the name suggests is nothing but a carbon credit token that is said to allow users to fight against climate change. In other words, MOSS is known to focus on promoting the prevention of the environment with the help of a market solution, which includes development as well as democratization of the carbon credit market via MCO2 tokens.

Not just that, for this to happen, MOSS is known to purchase carbon credits from high-quality environmental projects in the Amazon Forest that capture or avoid CO2 emissions to the atmosphere. In simpler terms, the Moss. Earth team is said to have developed MCO2, reacting to the widespread destruction of trees and the associated rise of carbon in the atmosphere.

Since some of you might not be aware of what exactly are Carbon Credits? Allow me a chance to explain that first. To begin with, A carbon credit is a virtual certificate that is said to represent the offsetting of about a tonne of CO2 emissions in a given year with the help of forest conservation, biomass projects as well as clean energy, or any other avenues for that matter. 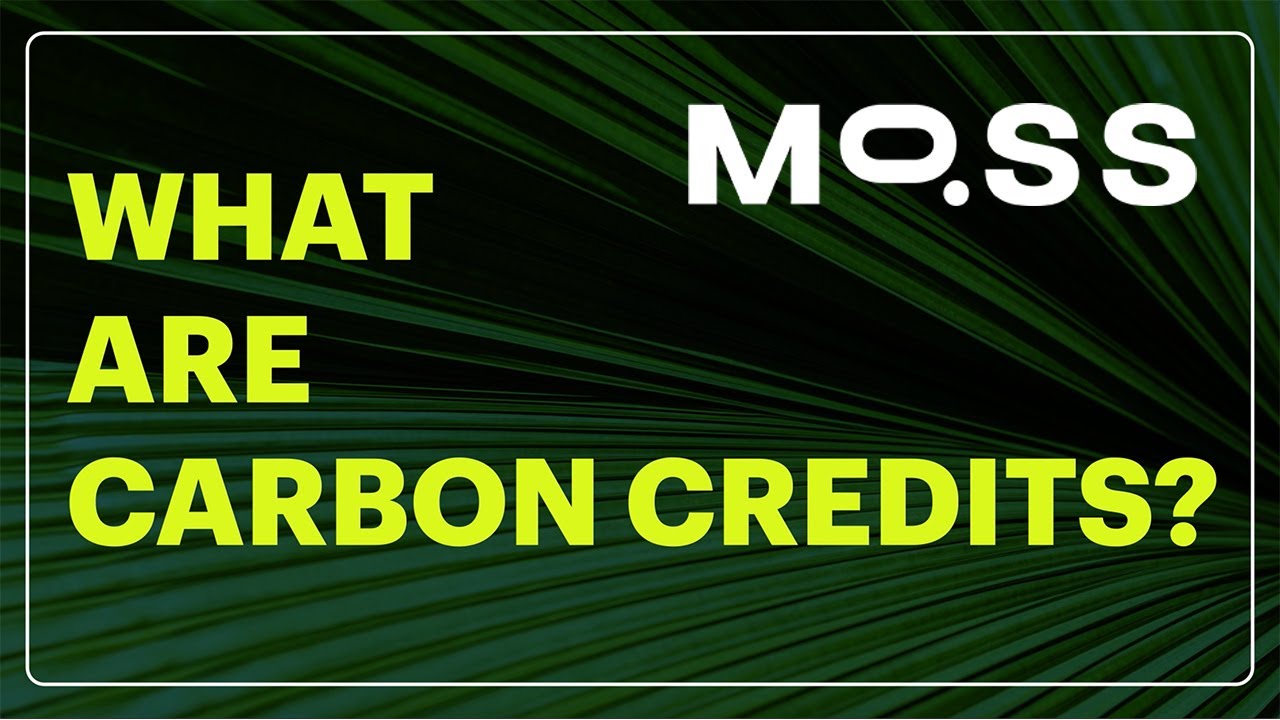 Speaking of Moss.Earth (MOSS) that we mentioned previously, it is known to facilitate the transfer of carbon credits to companies as well as individuals, no matter what size as long as they want to offset their emissions. Also, MOSS is known to sell tokenized carbon credits on cryptocurrency exchanges for those who simply wish to offset on-chain in a decentralized manner.

Before moving on any further, it is worth noting that, MCO2 that we talked about earlier in the native utility token of the Moss Carbon Credit platform and as a matter of fact, this token can be made use of for a variety of purposes on the platform itself and was launched by MOSS about two years ago, back in March 2020.

On a similar note, you should probably be aware that, bringing one MCO2 token on the platform is equivalent to offsetting nearly one tonne of CO2 footprint. Coming back to the topic, MOSS allows both individuals as well companies to purchase these credits on its fully digital platform, thus making a historically complex process much more transparent and simpler using blockchain.

Talking about credits, know that, the credits are certified by global institutions including Social Carbon, VCS Standard as well as CCB Standards, which gives them a lot more credibility and guarantees that the mission of one tonne of carbon equivalent was avoided in a given year. Furthermore, the credits are blockchain encrypted in order to ensure that there are no duplicate sales. 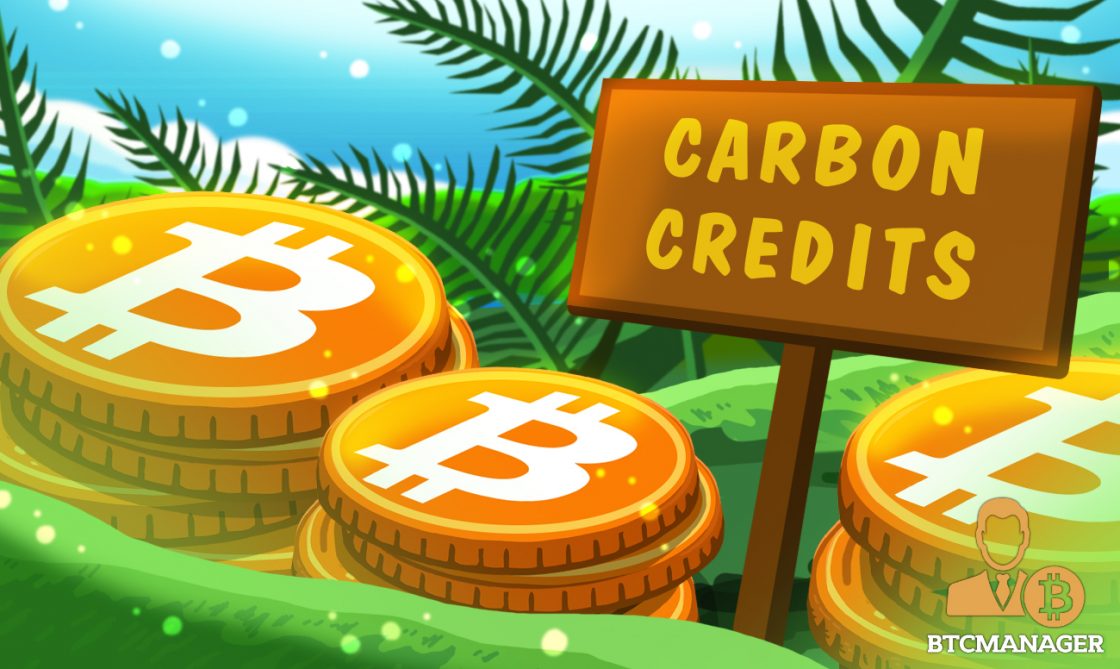 As mentioned, MOSS’s mission is to fight against climate change and help preserve the Amazon Forest. Not just that, it’s just been a year since it was first introduced and MOSS has already traded more than 1.3 million carbon credits and has been able to indirectly preserve 1MM ha of the Amazon Forest which is apparently as much as the size of Lebanon!

In 2020 alone, the project managed to complete a seed round and is now completing a series A round with several of the most prestigious C-level, sustainability authorities as well as company owners in Brazil and has successfully managed to secure carbon contracts for the next four years.

It is also worth noting that, in order to offset the energy used to mint MCO2 tokens, each and every token is minted and issued with a neutral carbon footprint. Apart from this, MOSS monitors the total ledger and transactions, while continuously retiring the necessary amount of credits to offset the greenhouse gas emissions from its tokenized activities.

Now that we have talked much about Moss Carbon Credit, some of you must be wondering, whether or not it is a good idea to invest in the platform? If that’s the case, then let’s find out, shall we? 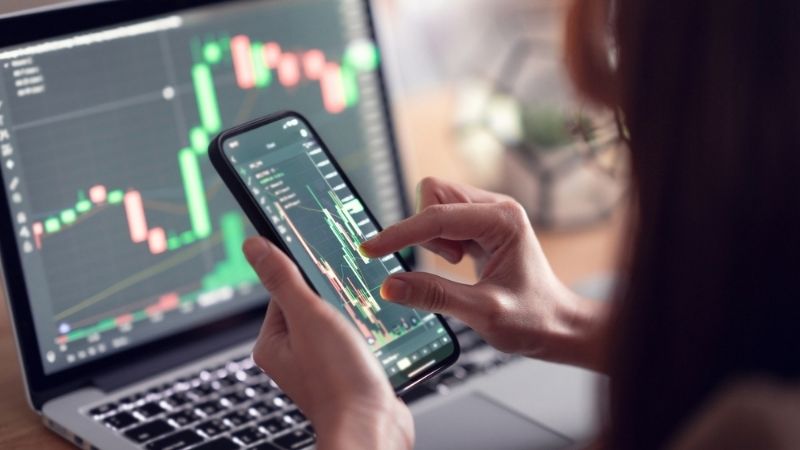 Though unfortunately the current market cap, circulating supply as well as a maximum lifetime supply of the token is not yet available, MCO2 is currently placed at #2832 position as per the CoinMarketCap rankings. Also, it is worth mentioning that, In just the past week alone, the price of the platform has risen by 84.65 percent.

Reading so far, you must have gotten a fair understanding of the platform and by now, you should be able to figure out on your own whether or not investing in Moss Carbon Credit is the right thing for you to do. Seeing what it has to offer when combined with its performance in the recent past as well as its plans for the near future, I certainly believe that Moss Carbon Credit can prove to be a risky investment in the near future, which is likely to provide you with fewer returns and it is a possibility that your current investment may decrease in value. But again, nothing can be said or sure! 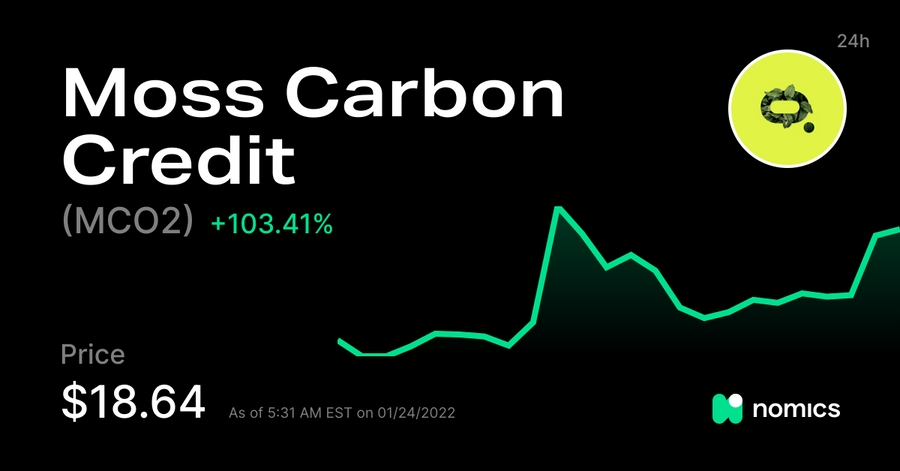 As mentioned at the very beginning, crypto is a highly volatile marketplace and is extremely uncertain. Thus, It is very important for you to understand the fact that just like any other currency in the crypto marketplace, Moss Carbon Credit does have its own risks as well and you should invest only if you are willing to take those risks and bear any and all losses if at all necessary.

If you are wondering, where can you buy Moss Carbon Credit? Let me help you with that. Currently, Moss Carbon Credit is available on all major crypto exchanges but, some of the popular exchanges that have MCO2 listed on them include Coinbase Exchange, Gemini, Gate.io, BKEX as well as ProBit Global to name a few.

In conclusion, what are your thoughts on Moss Carbon Credit? Do let us know in the comments area below. To know more about various cryptocurrencies, do check out other articles we have on our website. Thank you for your time & if you found our content informative, do share it with your investor friends!

Also read: CertiK: Everything you need to know