In a speech on Thursday, Indian Prime Minister Narendra Modi stated that democratic countries should work together to ensure that cryptocurrency “doesn’t wind up in the wrong hands” and “doesn’t ruin our youth.”

On Nov. 18, Modi gave a virtual keynote speech at the Sydney Dialogue, an annual symposium on emerging technology. At the occasion, representatives from major governments such as Japan and Australia are expected to speak. 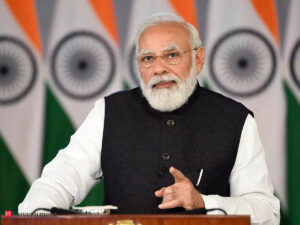 Over the last two months, Indian adolescents have been at the heart of a controversy in the country around crypto marketing. According to reports, the government intends to prohibit crypto exchanges from actively courting consumers.

The Prime Minister stated that the world is at a “historic moment of choice,” in which it is unclear whether emerging technology will be used for “cooperation or conflict, coercion or choice, dominance or development, oppression or opportunity,” and that democracies should work together to find ways to protect their interests while allowing for innovation.

The Indian government is nearing completion on a long-awaited measure to regulate cryptocurrency. According to the Economic Times, the measure would likely prohibit the use of cryptocurrency for transaction settlement but will allow investors to invest in cryptocurrency assets.

The central government is still exploring a regulatory framework to handle and oversee the digital currency investments made by millions of Indians.

According to Reuters, Prime Minister Modi chaired a meeting last week to examine the future of cryptocurrencies amid concerns that unregulated crypto marketplaces could be used for money laundering and terror financing.

According to sources, the Parliamentary Standing Committee on Finance discussed the subject on Monday, during which an agreement was reached that a framework should be put in place to regulate Bitcoin.