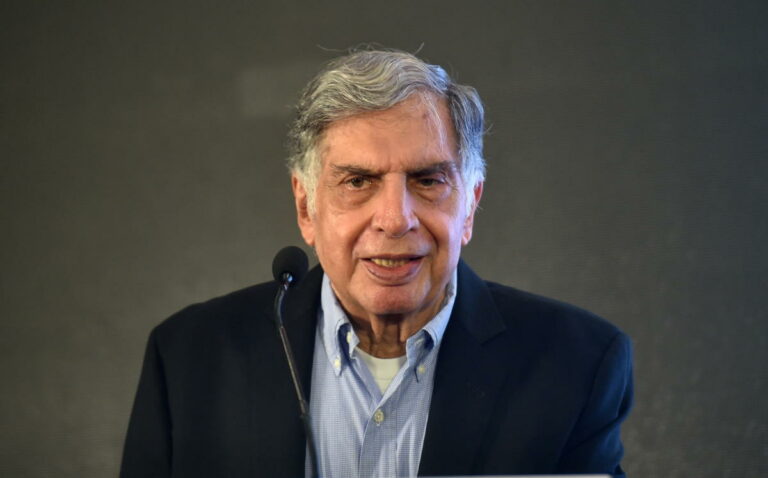 Industrialist and chairman emeritus of Tata Sons Ratan Tata on Thursday said that he is dedicating his last years to health as he joined Prime Minister Narendra Modi in laying the foundation stone of several new cancer hospitals in Assam.

While speaking at the inauguration of seven cancer centres in Assam, Ratan Tata said that a network of 17 cancer care centres in Assam will make treatment accessible to all as it is not a “rich man’s disease”. He also said, “I dedicate my last years to health.”

#WATCH Dibrugarh: “I dedicate my last years to health. Make Assam a state that recognizes & is recognized by all,”says industrialist Ratan Tata at an event where PM Modi will shortly be inaugurating 7 state-of-the-Art-Cancer-Centres & lay foundation stone for 7 new Cancer centres pic.twitter.com/LFbhjc6SA5

Further, he said that these facilities will help Assam be recognized as a state equipped to provide world-class cancer treatment. The industrialist also applauded the government for making these cancer treatment centres a reality in Assam.

While speaking at the event, Tata said, “Today is an important day in the history of Assam. Higher-level healthcare facility for cancer treatment which was earlier not available in the state is being brought here. Cancer is not a rich man’s disease.”

He further added, “Assam can now say that even a small state of India has been equipped with world-class cancer treatment facilities.”

Seven cancer care centres were inaugurated by Prime Minister Narendra Modi on the occasion, while he also laid the foundation for seven more during the program.

The Prime Minister visited the Assam Medical College in the Dibrugarh district.  Here he dedicated the Dibrugarh Cancer Hospital to the nation.

He also dedicated six more cancer hospitals – in Kokrajhar, Barpeta, Darrang, Tezpur, Lakhimpur, and Jorhat – to the nation at a public function at Dibrugarh’s Khanikar ground.

Under phase one of the project, the construction of seven hospitals has been completed out of 10. The other three hospitals are at various levels of construction, news agency ANI reported. The completed hospitals are Dibrugarh, Kokrajhar, Barpeta, Darrang, Tezpur, Lakhimpur, and Jorhat.

Phase 2 of the project would see the construction of seven more cancer hospitals at Dhubri, Nalbari, Goalpara, Nagaon, Sivasagar, Tinsukia, and Golaghat. Prime Minister Modi laid the foundation stone for these centres on Thursday.

The project will be completed phase-wise. Ten hospitals are marked under Phase 1, seven of which are completed and were dedicated to the nation on Thursday, while three are at various levels of construction. Phase 2 includes the construction of seven new cancer hospitals.