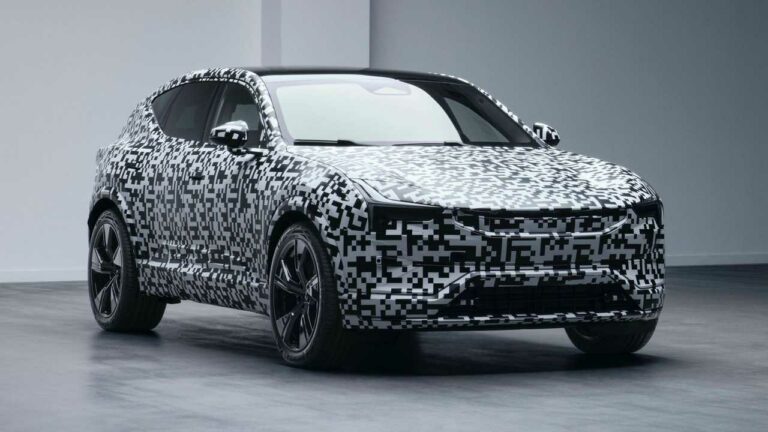 Polestar is finally debuting with its first utility vehicle and first US-made model with Polestar 3. Also, the vehicle will be Polestar’s third model to be launched in the market. With this, the automaker will be attempting to break the highly competitive SUV market in the US.

The Polestar 3 will enter into the premium category once it comes out, competing with Tesla Model X, Audi E-Tron, Rivian R1S, Fisker Ocean, and Mercedes-Benz EQE. The assembly of the vehicle will be at Volvo’s factory in Charleston, South Carolina. It will be Polestar’s first US-made model giving the company the US soil for the first time.

Polestar 3 will have a range of 372 miles (600 km) with a dual-motor drivetrain and a large battery pack. It will be a higher-riding vehicle than Polestar 2 sedan. Furthermore also includes a partially autonomous driving system for highway driving. The automaker’s autonomous driving technology is based on the lidar sensor from the supplier Luminar. These sensors are the ones also being used by Volvo and Nvidia, with Luminar providing onboard computing hardware. Volvo jointly owns Polestar, with Geely being the parent company. An announcement was made about launching the hands-free driving as part of its platform update, the Scalable Product Architecture (SPA2). It will arrive with the next-gen XC 90 SUV and the Polestar 3 in 2022.

Polestar recently announced plans to go public by merging with a special purpose acquisition company, or SPAC. That merger is expected to close “in the first half of 2022,” after which Polestar will be a publicly-traded company. By merging with a company backed by billionaire and “serial SPAC backer” Alec Gores and investment bank Guggenheim Partners, Polestar says it will have an “enterprise value” of $20 billion. The deal will also net Polestar a lot of cash: $800 million from Gores Guggenheim’s trust account and $250 million in cash from private investment in public equity (PIPE) financing “anchored by top-tier institutional investors,” the company said. Those other investors include “Volvo Car Group and affiliates of Geely Chairman Eric Li,” and actor and activist Leonardo DiCaprio, among others, Polestar said.