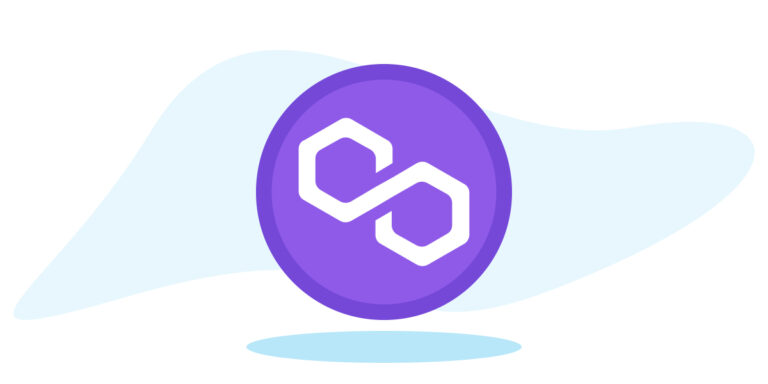 Polygon: Everything you need to know

Cryptocurrency or as often known as crypto is nothing but a form of virtual currency. This digital money can be used to buy goods and services online using digital wallets. As of today, cryptocurrency is not anymore an unfamiliar concept to people, largely  when this digital asset has caught the eye of investors and traders from all around the world. It would be an understatement if I just say crypto is safe for users to trade.

This virtual asset of sorts uses cryptography which makes double-spending completely out of question. Not just that, it is a known fact by now that the crypto marketplace is extremely volatile and highly uncertain, to say the least. The past few years can be seen as evidence of a sudden increase in market prices and their rapid decline soon after. Many new currencies came into existence and were hyped about but they eventually all just faded away.

Talking about today, we have several cryptocurrencies available in the industry to pick from including Ethereum, Baby Doge, Bitcoin, Dogecoin, and Cardano, to name just a few popular ones. But, like always, this just doesn’t end here, the crypto marketplace has its latest new addition, a currency known as Polygon. Although being just a few years old, the currency is placed among the top twenty virtual currencies by market cap.

Everything to know about Polygon(MATIC)

Polygon or as formerly known as MATIC is an India based virtual currency that was designed to make transactions cheaper as well as faster on the Ethereum blockchain. Anyone of you who have used Ethereum recently can understand just how crucial it is. Ethereum is by far the most popular decentralized platform amongst the traders but that popularity of theirs have caused a small congestion of sorts in the network. Users can often be seen complaining about how expensive it is and how long transactions take to process. Here is when Polygon steps in, due to its potential uses, the currency was able to attract a lot of potential investors from all around the globe.

Polygon is nothing but an Indian scalability platform for blockchains known to be as “the Ethereum’s internet of Blockchains”. Along with providing solutions to some of the challenges faced by Ethereum as of today, the digital currency also aims to develop an ecosystem made using several chains of blockchains that are compatible with Ethereum.

Polygon is a Mumbai based startup with an Indian origin network build by 4 software engineers- Anurag Arjun, Jaynti Kanani, Mihailo Bjelic and Sandeep Nailwal. Originally when the currency was launched, it was known as the MATIC Network, while later when its scope expanded, Polygon was rebranded on Feb 9, 2021, as an attempt for people to recognize it at a global level. Polygon has the objective of providing different blockchains that can be freely used to exchange information as well as value.

This virtual currency is a part of some of the popular areas in the crypto industry including DApp(Decentralized Application), NFFT’s (Non-Fungible Tokens), DeFi(Decentralized Finance), and DAO’s (Decentralized Autonomous Organizations).

In addition to this, Although the currency has managed to sit among the top fifteen virtual currencies, the founders are really ambitious in making it the third-largest crypto in the world after Ethereum and Bitcoin of course. Not just that, the limitless growth of the currency is because of the increase in the Ethereum network’s popularity and also its blockchain that the currency adopted. Facilitated by the side-chain architecture of the digital asset, cheaper and much faster transactions helps it in generating a much-expected surge in public perception along with its prices.

It is important for you to know that, as of today, the price of Polygon is 143 rupees. As a result, it can be said that the coin has really grown over a hundred and twenty-five percent in just a month and over ten thousand percent if compared to last year. Due to the increasing traffic of traders on the Ethereum network and its costs going uphill, Polygon’s surprisingly low transaction fees are gaining traction. According to LunarCrush, Polygon has managed to increase its dominance by 636 percent on all social media platforms in just a matter of the last three months, which shows that investors from all around are taking more interest in the virtual currency than they ever did before.

While Polygon is a cryptocurrency developed to work using Ethereum blockchain, it surely doesn’t mean that the currency is just limited to Ethereum only. The currency’s sidechains can be used with all blockchain technologies. As previously mentioned, the currency has great plans for the future intending to provide a framework for blockchain networks.

Due to this, instead of blockchain networks that are totally separated, users will now be able to develop blockchains that interconnect with each other. This could indeed offer the developers of the currency, the best of both worlds. In simpler words, they will have the advantages offered by Ethereum such as the tools available and the security along with having a few benefits of their own such as the fact that they will be able to develop their very own standalone blockchains, having all the benefits provided by them including flexibility and scalability.

Not to mention that Polygon is also very well compatible with Ethereum Virtual Machine often known as EVM, a software platform using which creators can make their own decentralized apps. Polygon being compatible with it, it is easy for developers to port their apps to it. There are many popular Ethereum apps already live on Polygon such as SushiSwap and Aave.

Also, for some of you who might be wondering as to where these Polygon tokens can be used. It has various uses such as gas fees, that is the transaction fee generated on the polygon network can be paid with its very own cryptocurrency. Not just that, Polygon is also a governance token which means that holders of the polygon token can help influence the future of the currency project by voting on and making proposals. Lastly, staking is also one of its very important uses. For those of you thinking, what is staking? Staking is the process when you lend a virtual currency. In the case of Polygon, you can stake your tokens and in exchange for interest, let the network use them. Although the rates vary from day to day, today you can use Polygon to earn an interest of fifteen percent annually.

How does Polygon work?

By now some of you might be wondering as to how does it all work. Let me help you with that. Polygon’s MATIC sidechain works like any other blockchain-based on Proof-of-Stake(PoS). Its layout, token, validator nodes, client nodes and more are all overall similar to some of the other networks except for the fact that all the exchanges happen and are settled on the Ethereum mainchain. Moreover, the currency’s architecture can be termed as a system having four layers comprising of a security layer, executional layer, Ethereum layer along with Polygon networks layer.

The Ethereum layer is nothing but a combination of smart contracts implemented on Ethereum. These contracts take care of things like staking, communication between various Polygon chains and Ethereum along with transaction finality. The security layer runs across the network side by side to the Ethereum layer and provides validators as a service, hence allowing chains to take benefit from an additional blanket of security. It is worth noting though that both Ethereum and security layers are optional. Other than these two layers, there are other two compulsory layers. The first one being a Polygon network layer playing the role of a ecosystem of blockchain networks that are built on Polygon itself. Each one of these is having a community of their own and are responsible for producing blocks and handling of local consensus as well. The second layer being the execution layer, which is EVM implementation which is used in order to execute smart contracts.

Thanks to the currency’s message passing abilities, chains launched on polygon are very well capable themselves of communicating with each other and with the Ethereum main chain as well. This will, however, enable several new use-cases including Decentralized applications (DApps) and along with this the simple exchange of values across various platforms.

The holders of Polygon have been on a rollercoaster lately. In January this year, a single Polygon was worth nearly 0.02 dollars, while on May 18 this year, the value went uphill peaking at 2.68 dollars, an increase of nearly thirteen thousand percent. Though as of today the price of the currency is about 0.90 percent. This really gives us a fair idea about how extremely volatile the crypto marketplace is and also how profitable it could be if everything went right.

As of today, Polygon still continues on the path of being one of the most popular platforms available for scaling solutions. Not just that, many currency experts believe that as compared to other mainstream virtual currencies, Polygon still counts as a good investment and the price of the currency could grow in the long term. On 29 June 2021, the currency was trading at a market value of 1.19 dollars which is nearly 55.35 percent of its all-time high.

Like every other cryptocurrency, Polygon too has its own risks of course. However, as of today, from where I stand, investing in the Polygon seems like a reasonably risky investment. Just keep in mind whenever you are purchasing virtual currency then, don’t invest your money more than you could afford to lose. Overall, from my perspective, based on the users on the currency’s platform, its low fees, high speed of transaction, ease of accessibility, liquidity programs and constant interest of investors from all around the globe, I think Polygon is worth investing in.

For those of you still wondering what exchanges you can use to invest in Polygon. Let me help you with it. Some virtual currencies are really hard to purchase as they are not listed on popular cryptocurrency exchanges but you don’t have any such problem with Polygon. It is listed in almost every crypto exchange including Gemini, Coinbase, Binance and BinanceUS as well to name just a few.

Though, It is also important for you to know that investing in digital currencies is risky and you should only invest if you are willing to take those risks and bear any losses if necessary.

What are your thoughts on Polygon? Do let us know in the comments below. To know more about various cryptocurrencies, do check out other articles we have on our website. Thank you for your time & if you found our content informative, do share it with your investor friends!

Also read: SafeMoon: Everything you need to know