President Nayib Bukele of El Salvador claims that 2.1 million of his countrymen use the government-backed Chivo cryptocurrency wallet. Indicating the country’s apparent success with Bitcoin (BTC). 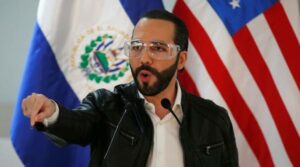 After just three weeks in operation, the controversial president updated his 2.9 million Twitter followers. Boasting that Chivo “today has more users than any bank in El Salvador”. Bukele believes it will only be a matter of time before Chivo adoption outnumbers all of El Salvador’s banks combined.

Chivo is not a bank, but in less than 3 weeks, it now has more users than any bank in El Salvador and is moving fast to have more users that ALL BANKS IN EL SALVADOR combined.

El Salvador formally recognised Bitcoin as legal cash in early September. Prompting the development of the state-issued Chivo wallet. Its a watershed moment that might serve as a model for other countries in the area. Individuals and businesses can use Chivo to send and receive payments in Bitcoin or dollars from anywhere over the world. Both Android and Apple devices may use the wallet. According to Cointelegraph, Bitso, a Mexican cryptocurrency exchange, has agreed to serve as Chivo’s key service provider. Even though hundreds of anti-government protestors flocked to the streets to voice their displeasure, Bukele’s newest report reveals that the Bitcoin Law is being welcomed favourably across the country. The burning down of a crypto kiosk in the nation’s capital city on Sept. 15 was the culmination of those protests.

To be sure, the government’s airdrop of $30 worth of BTC to every Salvadoran account holder contributed to the widespread acceptance of Chivo. According to a recent survey conducted by Sherlock Communications in So Paulo, little more than half of the Salvadorans has never heard of Bitcoin.

Meanwhile, following a series of wild price fluctuations for the digital commodity, Bukele’s administration has been stocking its coffers with BTC. El Salvador “purchased the dip” on at least two recent price decreases. On September 7 and September 20, increasing its total holdings to 700 BTC.